PETROLIAM Nasional Bhd (Petronas) has made it clear that it aspires to achieve net-zero carbon emissions by 2050.

But, the national oil company also needs to strike a balance between achieving net-zero while carrying on producing hydrocarbons.

“Exploration is not dead, I want to be very clear about this.

“A decarbonised future is not a future completely absent of hydrocarbons,” Tengku Muhammad Taufik Tengku Aziz tells reporters after Petronas’s financial performance for the first half of 2021 yesterday.

He says that the group will continue to look for assets both in the oil and gas (O&G) and renewable energy sectors as part of its growth strategy.

“While we keep talking about the energy transition, we still believe in assets that could create value and these include hydrocarbons because at the end of the day we are in business. 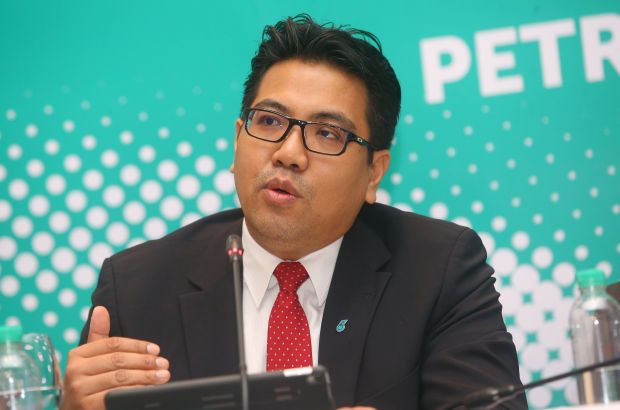 To strike the balance, he says Petronas has laid out a strategy that focuses on maximising cash generation by expanding its core businesses while diversifying into new energy sources such as solar, petrochemicals and hydrogen. This is to future proof the company.

With the expectation of a decline in demand for fossil fuel, oil majors such as BP and Shell have actively restructured their businesses to add renewable energy to their portfolio.

Tengku Muhammad Taufik says Petronas is planning to quadruple capital expenditure for its gas and new energy businesses as it needs to “catch up” with its timeline to become a more sustainable entity.

“Our annual capex has been between RM40bil-RM45bil and only 1%-2% of that has been for new energy. We need to get board approval to increase the allocation to 9%-10% annually,” he says, adding that the group is also looking to expand in hydrogen energy.

For this year, Petronas has allocated to spend at least RM40bil in capex, the bulk of which is to expand its local O&G activities.

However, year-to-date the group has only deployed 31% or RM12.7bil of its capex compared with RM14.8bil a year ago, says Petronas’ executive vice-president and group chief executive officer Liza Mustapha.

She points out that Petronas is working to ramp up the group’s capex in the second half of this year to meet its target.

On oil price outlook, Tengku Muhammad Taufik expects the price of crude oil to average between US$55 (RM234) and US$60 (RM255) per barrel over the next five years, despite trading above US$70 per barrel presently.

When asked about some of the local O&G service providers that are still recording losses, Petronas says the group has always committed to maintaining, encouraging and acting as catalysts for a vibrant local O&G sector.

“In doing so, we have resolved all previous backlog of payments this year to alleviate their liquidity challenges.

“We also have helped SMEs when they have issues such as contractual disputes. We helped them reach quicker resolutions. A total of RM700mil worth of payments has been resolved or released,” he says.

“We have continued to make sure that work is deployed and packaged with contracting strategies involving local participation. We have shaped bidding strategies to include regional players,” he adds.

However, Tengku Muhammad Taufik stresses that the local service providers would also need to evolve, embrace digitalisation and upgrade themselves and become more efficient, as the good days of US$80-US$100 (RM342-RM426) per barrel of crude oil are over.

He reckons that it would be a “long, drawn-out process” before the O&G industry returns to pre-pandemic levels, despite Petronas returning to the black in the first half of this year.

“This recovery in the oil and gas sector remains very fragile amid brewing uncertainties in the macro-environment,” he says

For the second quarter ended June 30, Petronas staged a rebound, recording a profit after tax of RM9.6bil against a loss of RM21bil a year earlier on the back of a 68% jump in revenue to RM57.1bil.

Cumulatively, for the first half of this year, Petronas recorded a profit after tax of RM18.9bil compared with a loss after tax of RM16.5bil a year earlier, thanks to higher crude oil prices and lower impairments.

Tengku Muhammad Taufik says that oil prices are dependent on the Opec+ to stabilise the supply in the market. He also notes that there is always a risk of increased supply flooding the market with inventory being released from non-members of Opec+.

“Exploration spending remains subdued due to these uncertainties,” he says.

“Petronas will remain cautious and have a prudent outlook in navigating the rest of this year and 2022,” he adds.

Petronas is planning to dish out an additional RM7bil in dividend to the government as the country grapples from the Covid-19 fallout.

This is on top of the initially declared dividend payout of RM18bil made by the national oil company to the government, its sole shareholder.

Petronas paid RM34bil in dividends to the government last year and RM54bil in 2019.