“We are exploring the various opportunities within the RE space including EPCC (engineering, procurement, construction and commissioning) contracts, O&M (operations and maintenance) contracts, ready-now assets and developing our own assets,” Beroz Nikmal told StarBizWeek

’s pivot into renewable energy (RE) and healthcare sectors is timely as the business segments are resilient against market headwinds and cyclical challenges including the Covid-19 pandemic, according to group executive chairman Beroz Nikmal Mirdin.

“We are exploring the various opportunities within the RE space including EPCC (engineering, procurement, construction and commissioning) contracts, O&M (operations and maintenance) contracts, ready-now assets and developing our own assets,” Beroz Nikmal told StarBizWeek via email.

He says the group has the competencies and expertise, following the right-sizing of its talent bench in the past one year.

In June 2020, Beroz Nikmal, 42, was appointed as executive chairman in place of tycoon Tan Sri Abu Sahid Mohamed, who had helmed Ipmuda since 1997.

Other board changes included the appointments of Jeefri Muhamad Yusup, 55, as CEO, and Datuk Amiruddin Abdul Satar and Baevinraj Thiagarajah as independent non-executive directors.

Beroz Nikmal also notes that Ipmuda had seen substantial shareholding changes in the past one year. 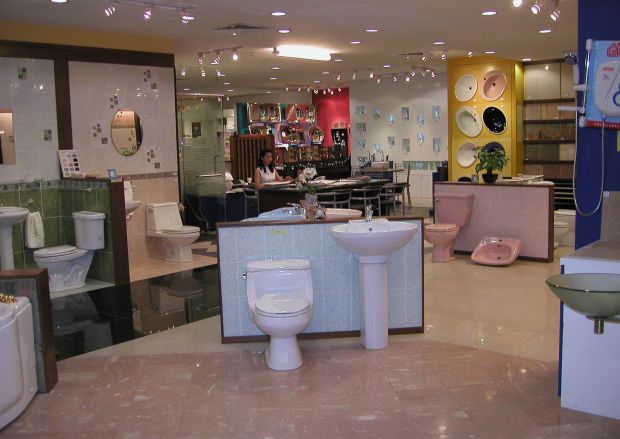 “Most of our shareholders were longstanding and loyal to the previous business venture – building materials and solutions. As we diversified into new businesses, it is expected that some shareholders will have to reassess their investment appetite,” he says.

In December 2020, Abu Sahid ceased as its substantial shareholder.

A recent KAF Equities Research report points out that Ipmuda, which has been loss-making since its 2016 financial year (FY16), is an emerging RE player.

The research unit says out that the gem in Ipmuda’s expanded stable is the 40MW Telekosang mini hydropower plant (THP) in Tenom, Sabah which is on track for commercial operation in December 2021, with a 21-year power purchase agreement (PPA).

KAF Equities Research says that based on its 24sen per kilowatt-hour (kWh) tariff and 78% utilisation rate, the plant is forecasted to contribute RM26mil to Ipmuda in FY23, with an annual free cash flow (FCF) of RM50mil.

The project was one of the successful bids of the Large-Scale Solar or LSS2 tender, with a tender price of 38.9sen per kWh (at the higher end of the tender range) and KAF Equities Research expects it to contribute RM2mil annually to the group.

“These two projects will be key to drive earnings growth. Ipmuda will see maiden RM18mil earnings in FY22 – before jumping 88% to RM35mil in FY23 from full-year contributions from the new assets,” opines the research unit.

“These newly acquired assets will provide almost immediate cashflow visibility,” he says, adding that it is also important to look into the impact of the projects on local communities.

“The Telekosang Hydro project will be able to uplift local communities via the creation of 600 jobs. The 24 sen/kWh tariff is also significantly cheaper than current prevailing rates of 56 sen in the state, hence providing a cheaper source of electricity,” he explains.

Beroz Nikmal adds that the group is in talks with multiple parties on the expansion of the RE segment.

“We have begun engagements with stakeholders regionally, particularly in Asean. This is for two reasons – some neighbouring countries have invested more in the RE ecosystem, hence we are able to provide technological know-how that increases efficiency and the domestic market is now getting increasingly saturated with multiple players coming into play.”

Beroz Nikmal says it is important for Ipmuda to expand its horizon into neighbouring countries, considering its experience and capabilities.

“We have equipped the group with RE talents that are able to evaluate ready-now assets as well as planning for the development of our own assets. We hope to make an announcement on our maiden redevelopment project in the near future,” he adds.

Meanwhile, in September 2020, the group secured a RM78mil EPPC contract to build a 100MWac (megawatts of AC power) solar park in Marang, Terengganu, and works had started in January 2021, with expected completion in January 2022.

Specialising in paediatric and obstetrics and gynaecology, Ohana recently resumed operations in January and is currently operating at 25% capacity.

“For the healthcare segment, our focus is on niche specialised private healthcare which is an untapped healthcare sub-segment catering to the underserved middle-income population. We believe that the niche hospitals that are considerably more affordable compared to large hospitals will be an attractive alternative to patients,” says Beroz Nikmal.

“Generally, the niche and small healthcare facilities have a stable cost structure and higher profit margin per bed, relative to the large hospitals. The revenue generation per bed is almost double for smaller hospitals with 30 to 50 beds vis-à-vis the larger hospitals with 200 to 300 beds,” says Beroz Nikmal, adding that the hospital has seen a large increase in bed utilisation over the past quarter.

In June 2021, Ipmuda announced that it is planning to dispose its industrial property in Petaling Jaya to Kerjaya Prospek Property Bhd for RM82mil and sell new shares to investors, as its seeks to raise funds for its new ventures.

Ipmuda has allocated RM30.4mil to be returned back to shareholders as special dividend of 30 sen per share.

It has also set aside RM25mil to repay borrowings, RM11.3mil for working capital, RM7.25mil for expenses related to the disposal and the remaining RM6mil for the proposed acquisitions.

The rights shares will be priced at 30 sen each.

The RM30.4mil to be raised from the rights issue will be utilised for the proposed acquisitions. The warrants’ exercise price was set at 66 sen each.

KAF Equities Research has forecasted that Ipmuda would turn profitable in FY22, and states that Ipmuda is targeting to complete the asset disposal, bonus (with free warrants) and rights issue by October and complete all acquisitions by February.

“The gains from the disposal (industrial property in Petaling Jaya) will contribute to our expansion plans into RE and healthcare sectors, generating a more sustainable returns in the long-term,” he says.

Regarding Ipmuda’s trading division – which is largely involved in the supply of building materials, Beroz Nikmal says it has become profitable in the recent third financial third quarter after five years of consecutive losses.

“We have stopped the bleeding via increased focus on credible customers, higher margin products and higher collection rates,” he points out.