REVIEW: The Chinese authorities’ move to clamp down on several economic sectors stunned the global investing community, exacerbating an already weakened outlook in regional equities due to the resurgence of Covid-19 infections.

Retreating more than 5% over Monday to Wednesday trading, the Shanghai Composite Index was seen erasing all its gains for the year, throttling the outlook on the mainland Chinese market.

Hong Kong’s Hang Seng Index plunged over 8% as its tech counters were pummeled by the regulatory moves.

Both markets retraced some losses on Thursday as Chinese regulators attempted to calm investors’ frayed nerves, although Friday’s continued decline showed investors had been soundly spooked.

Indeed, over the course of the past five trading days the mild optimism seen shoring up the FBM KLCI all but vanished.

Yesterday, the index ended below the 1,500 psychological support suggesting that the market had broken lower from its consolidation channel, taking the index to its lowest level this year.

For the Malaysian market, the sharp turn towards selling pressure in the region eroded the emerging optimism over vaccination rates. While the FBM KLCI had ended the prior week on a positive performance to strain against the 21-day simple moving average (SMA), the strong regional selling sent the local index back on a slide.

In the late-afternoon session, it had appeared as though the 1,500-point level might hold but a spate of selling in the closing minute of trade dashed these hopes, giving rise to the possibility of the market retreating to early-November 2020 lows.

As till now, government-released data has yet to show improvement in the Malaysian pandemic situation as the number of daily infections continues to surpass the 17,000 level.

While analysts promote a more positive outlook that the rapid pace of vaccination will mean a gradual reopening of the economy by the fourth quarter of the year, investors remain jittery over the lack of confirmation.

Compounding the situation, the Malaysian political situation cast a shroud over the country’s future governance as political wrangling resumed in Parliament.

Investors are thus found sitting on the sidelines of Bursa Malaysia as the release of corporate earnings accelerates next month with much speculation over how companies performances have been impacted by the recent lockdown measures. A silver lining comes from the United States Federal Reserve’s ongoing support for the recovery of the world’s largest economy.

Following its recent monetary meeting, the central bank’s decision to continue its bond-buying programme helped to reaffirm support for the economic recovery.On Friday, the FBM KLCI was down 18.33 points to 1,484.6.

Outlook: The negative breach of the 1,500 psychological support yesterday does not bode well for the future direction of the index.

Strong selling pressure has entered the market, suggesting the continuation of the correction that took place in June.

However, given that the market closed within striking distance of the 1,500 support-turned-resistance, there is potential for a rebound above the level on Monday as investors pick up on oversold counters.

The technical indicators are looking bearish. Having dipped into oversold levels, the slow-stochastic managed to turn higher at yesterday’s close, which if it continues, would mean positive retracement. The 14-day relative strength index however remains in a falling trajectory and and has entered oversold territory on strong selling momentum.

Over the coming days, should the FBM KLCI fail to bounce higher, it could be seen gravitating lower towards a support of 1,475. 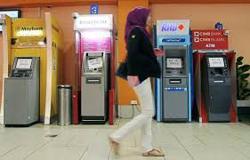