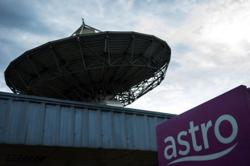 Valuations of these stocks are expected to improve, as earnings rebound and consumer sentiment recovers amid the increase in vaccination rates against Covid-19 in Malaysia. Such optimism will likely sustain investor interest in the sector.

PETALING JAYA: While consumer companies will likely see continued pressure on earnings in the quarter ended June 30, 2021, their shares prices are expected to remain resilient on expectations of better quarters ahead.

Valuations of these stocks are expected to improve, as earnings rebound and consumer sentiment recovers amid the increase in vaccination rates against Covid-19 in Malaysia. Such optimism will likely sustain investor interest in the sector.

It is also noted that the consumer sector is in a good position to gain as the reopening themes gather pace in tandem with the progress in the National Recovery Plan (NRP).

“We think the eventual tangible shifts in the NRP and the subsequent impact could spark interest into reopening themes, of which the consumer sector is among the key beneficiaries. This leaves a disproportionate reward-to-risk payoff given that downside is limited at this juncture,” the brokerage said.

In its note to client, UOBKH said it remained “overweight” on the consumer sector, given the favourable reward-to-risk payoff.

The brokerage noted earnings of the sector would likely disappoint due to the impact of the long-drawn national lockdown measures. However, it expected limited downside running into the upcoming results season, as predicated by previous movement control order-routed quarters.

“Based on the past five quarterly results seasons, the collective share price performance (consumer companies under our coverage) the day after quarterly results suggests limited downside. Therefore, we think investors will look past any earnings disappointment in the upcoming quarter ahead,” it explained.

UOBKH valuations and sentiment on consumer plays would likely be catalysed by the gradual reopening of the economy.

“We expect valuations to improve gradually alongside visibility on earnings recovery, sentiment and the gradual rollout of more vaccinations. The reward-to-risk payoff is favourable as downside risk as highlighted earlier, is limited,” it said.

By segment, it noted, retail and brewery were poised to be the striking beneficiaries. However, the latter could be exposed to policy risk.

Conversely, the food and beverage segment should be avoided altogether at this juncture, it said, given the looming earnings impact from high commodities prices.

for the company’s aggressive store expansion; earnings-fuelled growth, with a three-year compounded annual growth rate of 31.3% in earnings from 2020-2023; sticky demand for its non-discretionary products; and operational excellence.

On rising commodity prices, UOBKH said the issue could cause problems for certain consumer companies in the second half of this year.

“Across the board, commodity prices have trended upwards on the back of optimism towards global growth, inflation and supply chain constraints.

“After having dipped early on in 2020, it went on a resurgent rally. This has applied to most commodities, with the exception of cocoa,” it said.

UOBKH noted food and beverage companies’ hedge were close to expiry or have expired. Therefore, the full brunt of the significantly higher commodities prices would be reflected from the third quarter of this year. 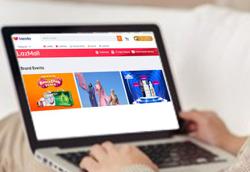