GIC-backed clinical trial firm WCG eyes up to US$6.45bil valuation in US IPO 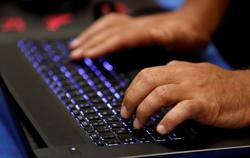 BENGALURU (Reuters) - WCG Clinical Inc, a clinical trial solutions company backed by Singapore's sovereign wealth fund GIC, said on Tuesday it was aiming to raise up to US$765 million in its US initial public offering.

The IPO would value the company at $6.45 billion, at the top end of its targeted price range of between $15 and $17 per share, according to a regulatory filing. WCG, which also counts buyout firm Leonard Green & Partners LP among its investors, plans to sell 45 million shares as part of its IPO.

Companies that assist in the clinical research process saw a spike in demand last year as pharmaceutical companies tried to prevent the coronavirus outbreak from derailing their drug rollouts.

The company plans to list its shares on the Nasdaq under the symbol "WCGC".

Goldman Sachs, Morgan Stanley and BofA Securities are among the underwriters for the offering.