In a statement issued by the Prime Minister’s Office (PMO), Prime Minister Tan Sri Muhyiddin Yassin announced the appointment of Tan Sri Mohd Bakke Salleh as the chairman of Petroliam Nasional Bhd (Petronas), who will take over from Tan Sri Ahmad Nizam Salleh.

Nizam, meanwhile, will be taking up a new role as the chairman of Pelaburan Hartanah Bhd (PHB), the statement said.

Both appointments will be made effective Aug 1. The appointment is part of the government’s ongoing effort to transform the GLCs.

“The government is continuing its efforts in transforming the GLCs to ensure they remain strong and prepared in facing the post-Covid-19 recovery phase in the new normal.

“Changes will be implemented from time to time, ” Muhyiddin said. The Prime Minister said Bakke is an experienced corporate figure who had served in various economic and financial fields.

“It is hoped that his skills and experience together with the strong support from the board of directors and the current management team will bring Petronas through this challenging period and to greater heights, ” he added.

Prior to this, he had served as Felda chairman and managing director of Sime Darby Plantation Bhd

His role as chairman at the telecommunications company will be taken over by Datuk Mohammed Azlan Hashim, TM said in a filing with Bursa Malaysia yesterday.

The Prime Minister also expressed his appreciation for Ahmad Nizam’s leadership and contribution as Petronas chairman for the past three years.

“Based on his 37 years experience with Petronas in various capacities and positions, Ahmad Nizam has successfully steered the company while facing many challenges, including uncertain global oil prices and the Covid-19 pandemic.

“Petronas remains to have a good international credit rating and is listed in the Global Fortune 500, ” he said.

Nizam will maintain his chairmanship with the KLCC group of companies, according to the statement.

Muhyiddin said with Nizam’s experience in Petronas and in managing KLCC properties, he will help to bring changes to PHB’s management and way forward, particularly in boosting the bumiputra ownership in commercial property ownership.

Meanwhile, Mohammed Azlan has extensive experience in investment and financial services, including as a board member of Khazanah Nasional Bhd and the Employees Provident Fund. He is currently the chairman of several public-listed entities including D&O Green Technologies Bhd, Marine & General Bhd 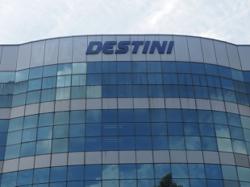