AN investor group backed by a SoftBank subsidiary, America’s billionaire Koch family and others is positioning itself as the white knight riding to the rescue of Wm Morrison Supermarkets Plc.

Now comes the job of persuading investors, customers and politicians that a foreign private equity takeover of Britain’s fourth-biggest grocery chain is in their interests.

The supermarket operator agreed to a takeover for about £6.3bil (US$8.7bil or RM36.22bil) from the consortium led by Fortress Investment Group after turning down a lower bid from Clayton Dubilier & Rice in June.

Although even higher offers may still emerge, Morrison is already listing reasons to support Fortress.

“They are backing our management, our strategy and our people, ” chief executive officer Dave Potts, 64, told Bloomberg News by phone on Saturday about the private equity group.

“Fortress can see the value in the Morrison’s business.”

Potts also did a livestream with some of Morrison’s 113, 000 employees to discuss the Fortress offer.

Private equity investors want to capitalise on the improving fortunes of leading chains after lockdowns triggered a surge of in-store and online grocery spending.

A takeover of Morrison will be the largest buyout of a UK-listed company in at least a decade, according to data compiled by Bloomberg News.

Morrison rejected CD&R’s all-cash offer of about £5.5bil (RM31.67bil) three days after receiving it on June 14, but the investor group led by Fortress has been speaking to the grocery company since May and made five offers during the period, sorces said.

Announcing its agreement Saturday, the consortium outlined commitments that included maintaining pay and pensions for Morrison’s employees in an attempt to head off political opposition to the deal.

UK lawmakers have already called on the government to intervene in any takeover for the grocer.

Morrison is based in Bradford, West Yorkshire, a longtime Labour Party stronghold where Prime Minister Boris Johnson’s Conservatives made big gains in the most recent national election.

The takeover battle comes at a time of increased scrutiny and media attention over private equity firms snapping up listed companies in the UK.at a record pace.

Unite, the labour union representing Morrison workers, called for urgent talks with the grocer’s management to seek guarantees on topics including jobs in response to the Fortress buyout.

“We won’t allow another takeover of a strong UK business see the workers trampled over as the boardroom and shareholders stampede towards their bonanzas, ” Unite said in a statement.

Wes Edens, co-CEO of Fortress, is already an investor in the UK as the joint owner of the Premier League soccer club Aston Villa.Founded by Edens and Randy Nardone in 1998, Fortress has operated independently from SoftBank Group since Masayoshi Son’s conglomerate bought it in 2017.

Others in the consortium to buy

Morrison include the Toronto-based Canada Pension Plan Investment Board and the real estate arm of Koch Industries Inc, one of the largest US privately-held companies.

Chairman/CEO Charles Koch and his extended family have a combined fortune of more than US$120bil (RM499.6bil), according to the Bloomberg Billionaires Index, and are well known supporters of conservative and libertarian political causes.

HSBC and RBC Capital are advising Fortress and also providing debt funding for the deal. Morrison hasn’t yet spoken to the government about the Fortress deal but intends to start the process now, a source said.

In its statement, the firm said it doesn’t intend to carry out any material sale-and-leasebacks of Morrison almost 500 stores.

By contrast, people familiar with CD&R’s bid last month for Morrison said the firm was interested in sale-and-leasebacks of the grocer’s stores, a strategy that attracted the likes of TDR Group to Walmart’s Asda supermarkets last year.

Morrison’s freehold real estate portfolio is the “bedrock” of its business, said Potts.

“There is nothing I have seen so far that would make me not trust what I have learnt about Fortress and the commitments they are making, ” Potts said.

The Fortress-led offer represents a premium of about 42% to the closing price of 178 pence per Morrison share as of June 18, the final day of trading before the start of the offer period.

That’s below the 270 pence (RM15.47) per share range some of Morrison’s top investors had been asking for to engage with CD&R, so there is potential for counter-bids.

CD&R has led two of the 10 purchases of UK-listed companies this year.

The New York-based firm agreed to buy UDG Healthcare Plc in June after a sweetened offer of about £2.8bil (RM16.12bil), and in February acquired plumbing business Wolseley UK from Ferguson Plc for £308mil (RM1.77bil).

For now, Potts is focusing on the Fortress bid and awaits the response from Morrison shareholders. — Bloomberg

Ben Stupples, Deirdre Hipwell and Dinesh Nair write for Bloomberg. The views expessed here are the writers’ own. 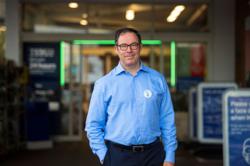 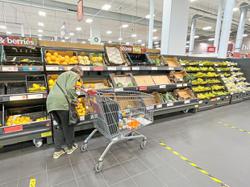