Injection of assets into YTL REIT

AS YTL Hospitality Real Estate Investment Trust (YTL REIT) continues to wade through one of the hotel and tourism industry’s toughest crisis due to the Covid-19 pandemic, it is also looking forward to an eventual recovery.

Executive chairman Tan Sri Francis Yeoh tells StarBizWeek that most shareholders continue to be invested in the business and are commitment for the long haul.

Apart from that, Yeoh also says YTL is planning to inject more hotels it currently owns into YTL REIT.

On its business operations, Yeoh is conservative in his forecasts for a full recovery and is penciling in for this to happen only in two years.

“Notwithstanding the caveat of potentially more variants of the virus, I would think we would return to 80% normalcy without too much worry to travel in two more summers in 2023. I would think that by this time, Covid-19 would be treated like the normal flu, ” Yeoh says.

“I believe that by the second half of 2023, the world’s governments would be able to get their act together with vaccinations, passports and travel bubbles.

“We are planning with this kind of scenario in mind, ” he adds.

“Because many hotels have decided to shutdown, there is a general lack of hotel rooms now.

“Thousands of hotel rooms have been taken off the market in the major cities. And this works in our favour.

“In the past, there were too many hotel rooms but now with fewer rooms, we see rates improving just like how commodity prices move, ” Yeoh says. 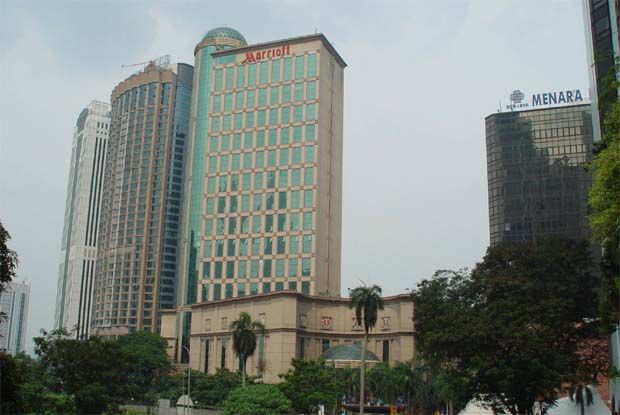 He anticipates a return to normalcy quite quickly as seen in the several months in the second half of 2020 when the government relaxed its movement control measures.“We think things will pick up very quickly the moment the lockdown stops with high pent-up demand. We know we can do so because of our branding which is world-class and we have won many industry awards, ” Yeoh says.

He notes that despite the ongoing pandemic, YTL REIT did not retrench any of its employees and this will allow it to resume to normalcy quickly when the lockdown ends and staffing demand rises.

“This is our gesture not to retrench workers while the executive directors have not taken any salary for almost a year.

“We don’t want to retrench then call them back later. The United States has difficulty to get people to come back to work in industries like the airlines or restaurants, ” Yeoh says.

Acquisitions in the pipeline

Yeoh sees opportunities amid the crisis and he is on the lookout for acquisitions within the hotel space.

“Should we be the first to take off, with the cashflow that we have, we would be in the position to see if there are any hotel businesses that we can potentially acquire.

“In the YTL Corp Bhd

group, we have positive earnings before interest, taxes, depreciation and amortisation even during Covid-19. When the situation improves, this will grow, ”

Yeoh, who is also the executive chairman of YTL Corp, says.

YTL Corp is the single largest shareholder and has an effective 58.63% stake in YTL REIT while the Yeoh family, through various companies, effectively owns 64.50% of the REIT.The larger YTL group also has, in its stable, several other hotels that are not part of YTL REIT, and Yeoh says there are plans for some of these hotels to be injected into YTL REIT.

“We hope to do this as soon as possible in 2022, especially once we see more normalcy of travel.

“We want to build this into a huge regional hospitality REIT, ” he says.

“We would like to see as many hotels as possible going into YTL REIT.

We have about a thousand over rooms which are not in the REIT.

“These are in the United Kingdom, Thailand and Scotland, for example. We must build the base up, ” Yeoh adds.

He notes that the YTL Corp group is fundamentally strong with positive cashflow.

“Given that the group also owns a substantial stake in YTL REIT, we will support unitholders’ aspirations to have their dividends (or income distributions), ” Yeoh says.

“The hotel business is actually a very profitable business by per sq ft basis (within the real estate space).

“Especially if one can manage a high occupancy at a good rate. We understand the tricks of the trade, ” he adds.