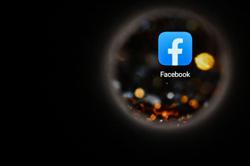 The online brokerage, which was at the center of a confrontation between a new generation of retail investors grouping on social media and Wall Street hedge funds in late January, is aiming for an IPO valuation of over US$40 billion

NEW YORK: Robinhood Markets Inc on Thursday set the stage for its hotly anticipated stock market launch, after settling legal fines it said were unlikely to be its last and revealing a massive surge in growth in its initial public offering filing.

The online brokerage, which was at the center of a confrontation between a new generation of retail investors grouping on social media and Wall Street hedge funds in late January, is aiming for an IPO valuation of over US$40 billion, Reuters previously reported.

Menlo Park, California-based Robinhood, hit with a $70 million fine by regulators this week for systemic failures and providing false and misleading information, reported a 245% jump in revenue last year, according to the filing, as it fed on the surge in trading by ordinary Americans stuck at home. The filing also detailed a swathe of government probes.

However, the growth came at a cost as it was forced to raise a life-saving funding round from investors after its finances were stretched at the height of the retail trading frenzy that gripped markets earlier this year.

The trading hysteria helped power a 309% jump in revenue to $522 million for the three months ended March 31. But the company incurred a net loss of $1.4 billion in the same period, which included a one-time $1.5 billion fair value adjustment to its convertible notes and warrant liability, due to the emergency fundraising in February.

Robinhood said underwriters would reserve between 20% and 35% of its Class A shares for sale to customers through its IPO Access feature, a platform it unveiled in May to give retail investors the opportunity to snap up shares in IPOs.

A majority of its revenue is earned from "payment for order flow", Robinhood said.

Under this practice, brokers receive a fee from market makers for routing trades to them. Critics argue the practice creates a conflict of interest situation, whereby brokers are incentivized to send orders to whoever pays the most, which might not necessarily be the best deal for customers.

In the first quarter of this year, 59% of revenue came from four market makers, it said. Payment for order flow practice has drawn heightened scrutiny from Congress, the Securities and Exchange Commission, state regulators, and other regulatory and legislative authorities.

Revenue for the year ended Dec. 31 rose to $959 million, the company said. Net income was $7 million, compared to a loss of $107 million a year earlier.

TRADING FOR THE MASSES

Founded in 2013 by Stanford University roommates Vlad Tenev and Baiju Bhatt, Robinhood's trading app has made it easier for the masses to trade securities and electrified a generation of retail traders.

The platform's easy-to-use interface allowed it to become a go-to for young investors trading from home during coronavirus-induced restrictions and its popularity has soared over the past 18 months.

Arguably the breakout financial technology startup of its generation, Robinhood has over the years captured the imagination of Silicon Valley's biggest investors who rushed to pour billions of dollars into the company.

Its valuation nearly tripled in the last one year alone, with the latest financing valuing the company at around $30 billion, according to people familiar with matter.

However, Robinhood has also attracted its fair share of controversy and faced criticism from regulators.

The company attracted widespread flak after it was forced to curb trading in the middle of this year's surge in GameStop and other previously beaten-down stocks.

At the time, the company was forced to raise $3.4 billion in emergency funds after its finances were strained by the massive jump in retail trading and a resulting increase in capital demands from clearing houses.

Robinhood was also sued earlier this year by the family of a 20-year-old stock trader who committed suicide, citing the app's "misleading communications" that caused their son to panic over what he wrongly believed were huge market losses.

The online brokerage, which plans to list on the Nasdaq under the symbol "HOOD", had in March confidentially submitted plans to regulators for a U.S. IPO.

In December, Reuters was the first to report that Robinhood had picked Goldman Sachs Group Inc and other investment banks to lead preparations for an initial public offering.

Goldman Sachs and J.P. Morgan are the lead underwriters for Robinhood's offering. 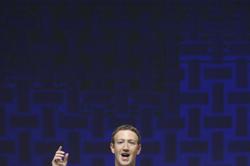