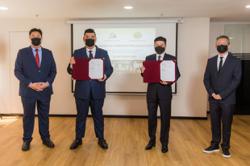 CTOS’ listing is the next mega initial public offering (IPO) many investors are clamouring for. The business of credit reporting and the financial technology aspects of it is in vogue today as the financial industry goes through major changes.

These include areas such as broadening financial services to the underserved markets and helping banks and lenders become more efficient about their due diligence processes.

. That listing has performed beyond expectations as MR DIY has been reporting stellar profits since its listing.

CTOS is likely to hit the market at a valuation of around 35 times its historical earnings, still attractive considering that other listed companies in the similar credit reporting landscape globally enjoy a price-to-earnings multiple of more than 50 times, indicative of their growth potential. CTOS is also strategically positioned in South-East Asia, where credit reporting is still at its infancy.

CTOS is expected to raise about RM1.2bil by offering 1.1 billion shares at the price of RM1.10 per share. This also means the company is going public by offering 50% of its equity – which is double the volume of its initial plan – due to the strong demand from investors.

Its total borrowings as at March 31, 2021 stood at RM163.5mil. It is understood that CTOS will file an official prospectus before the end of the month.

TO unlock the value of its commercial properties, IGB Bhd has established IGB Commercial Real Estate Investment Trust (IGB Commercial REIT) that is scheduled to be listed on July 30, 2021.

According to its prospectus, a total of 2.3 billion units will be listed on Bursa Malaysia’s Main Market via an initial public offering that consists of a restricted offer of 945 million units and an institutional offering of at least 282 million units in the property trust, at the price of RM1 per ordinary share. The trust is now in its offer period, which began on June 10 and will continue until July 6.

The unsubscribed offer units and the corresponding DIS units will be made available for the institutional investors and selected investors at a price to be determined by book-building.

The trust says that it will be the largest standalone office REIT in Malaysia upon listing.

“IGB Commercial REIT shall be listed with 10 office buildings, which are valued at RM3.16bil, of which seven of its properties are located within the MidValley City and three at the Golden Triangle of Kuala Lumpur, ” its prospectus states.

In 2020, half of its properties recorded occupancy rates of 80% and above, with above 90% of Centrepoint North and Boulevard Properties being occupied. The remaining five have an occupancy of 80% and below.

While IGB Bhd – which has a proven track record in managing and growing listed property funds such as IGB REIT – will be the largest unitholder, will this office REIT perform and deliver good returns to its shareholders?

GLOVE maker Harps Holdings may be coming to the market at a time of softening average selling prices (ASPs) of gloves but it is still likely to draw a fair number of interested investors.

This is because Harps is a seasoned glove manufacturer, as opposed to newcomers to the industry, and the bulk of its business comes from the US market.

The group is also in an expansion phase and already has non-binding orders for its planned new capacity being installed.

Supply is forecast to exceed demand by 18% and 49% for 2023 and 2024, respectively. But it adds that in the past, epidemics and pandemics glove demand has tended to remain above pre-crisis levels even after the crisis abates.

“Even with the widespread distribution of vaccines, gloves will still be required for tasks such as Covid-19 testing and administering the vaccines, ” the prospectus stated.

Harps targets a payout ratio of up to 35% of its profit after tax and minority interest of each financial year on a consolidated basis after taking into account working capital and maintenance capital requirements.

YENHER Holding Bhd, a manufacturer and distributor of animal health and nutrition products, aims to raise about RM61.21mil from its listing to fund its market and plant expansion.

Some 50.64% of the listing proceeds will be invested in the construction of a new GMP (good manufacturing practices)-compliant manufacturing plant, 27.3% for working capital and 15.85% to purchase new machinery and equipment.

Yenher will be offering 35.40% of its enlarged issued capital, which includes a public issue of 64.43 million new shares along with 41.76 million existing shares being offered for sale.

While Malaysia remains the principal market of Yenher, the revenue contributed from its oversea market has seen an increase from 2019 to 2020.

Group managing director Cheng Mooh Tat says that Yenher’s plans for expansion in overseas markets such as Myanmar, Bangladesh and China would materialise within 24 months after its listing.

THE human capital management solutions and technology provider aims to raise RM25.1mil in proceeds from its listing on the Ace Market on July 13 to fund its business expansion.

Ramssol has seen demand for digitalisation of HR functions in South-East Asia, hence will be allocating RM6.3mil or 25.3% of its proceeds for the expansion of two of its products in the region.

These products are its employee engagement app Feet’s and its third-party collaboration platform Lark.

Apart from that, RM2.5mil or 9.98% of the proceeds will be allocated for its business expansion into the Philippines.

Ramssol’s initial public offering will comprise a public issue of 5.76 million new shares at an offer price of 45 sen a share as well as an offer for sale of 22.3 million existing shares by way of private placement to selected investors.

Its revenue and earnings before interest, taxes, depreciation and amortisation (ebitda) have been growing over the years.

ANOTHER initial public offering (IPO) of a company in the construction industry is on its way.

Nestcon Bhd is seeking to raise about RM45.1mil from its listing exercise on the Ace Market on Tuesday.

The IPO involves a public issue of 161 million new shares at an offer price of 28 sen per share and it has been oversubscribed by 57.13 times.

The company has recorded a gearing ratio of 1.1 times in financial year 2020 (FY20) and it will be utilising RM16.5mil or 36.6% of its IPO proceeds to repay bank borrowings. 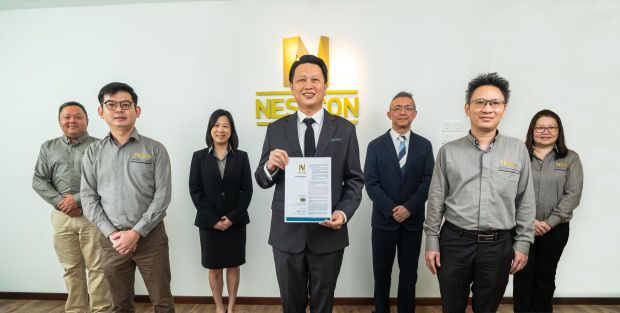 Meanwhile, as its civil engineering and infrastructure division is gaining traction over the years, Nestcon will allocate 14.7% of its proceeds to acquire machinery and equipment to expand the division.

Some 13.3% of the proceeds will go to the establishment of its industrialised building system (IBS) facility for its building division.

HAILY Group is seeking to raise about RM20.4mil from its listing on the Ace Market and the offer is expected to start on Wednesday.

The initial public offering (IPO) will involve a public issuance of 30 million new shares, which represent 16.83% of its enlarged market capitalisation, at an offer price of 68 sen per share.

The subsidiary also holds a Grade G7 licence approved by the Construction Industry Development Board, which allows it to undertake civil engineering construction and building construction projects for an unlimited amount. 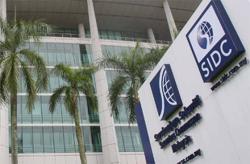