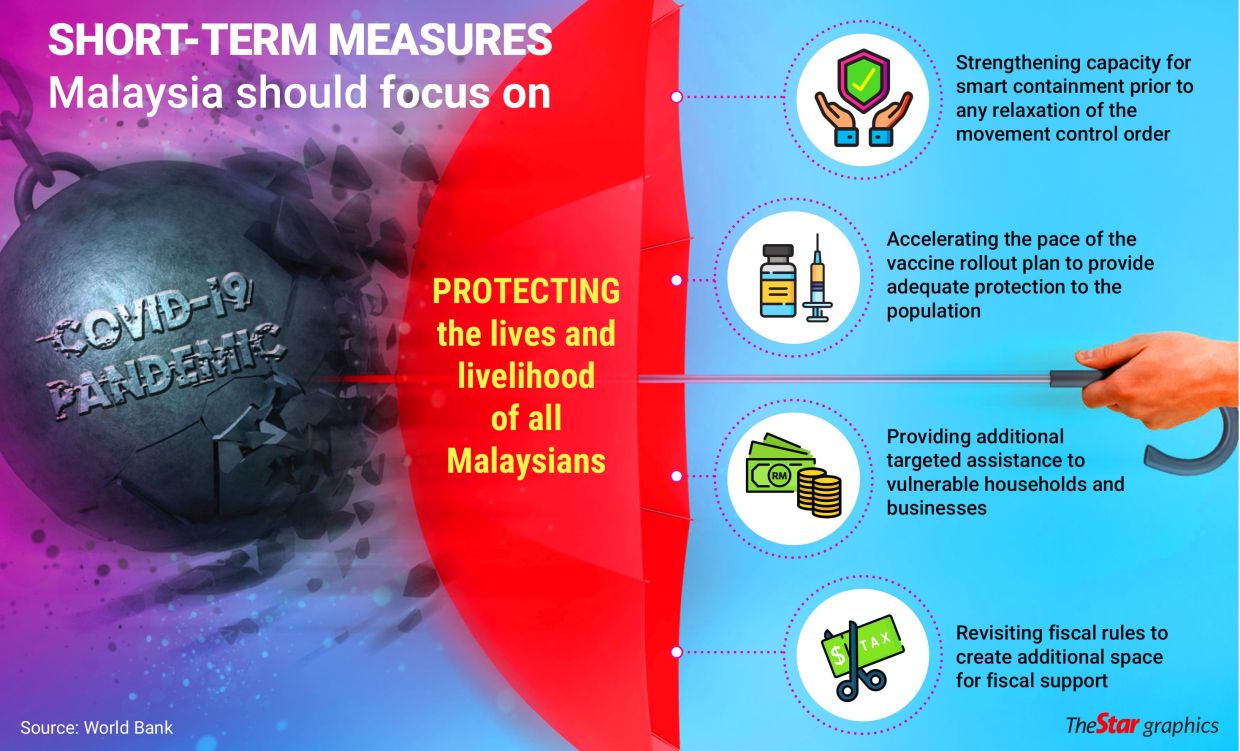 KUALA LUMPUR: The sudden surge in Covid-19 cases over the past months and the movement restrictions that were reintroduced are expected to weigh on Malaysia’s economy, slowing the recovery compared with what was initially expected.

Against this backdrop, the World Bank has lowered its projection on Malaysia’s economic growth by 1.5 percentage points to 4.5% in 2021 from an earlier forecast of 6%.

The international financial institution said the revision reflected a slower pathway towards suppressing the pandemic and the slower-than-expected vaccine rollout.

“The trajectory and pace of growth will depend on the duration and severity of movement restrictions, the containment of the pandemic, and the pace of the vaccine rollout.

“Under this baseline scenario, growth can be attributed to a marked rebound from a low base in 2020 and to continued improvements in exports, ” the World Bank said in the World Bank Malaysia Economic Monitor: Weathering the Surge report launched yesterday. 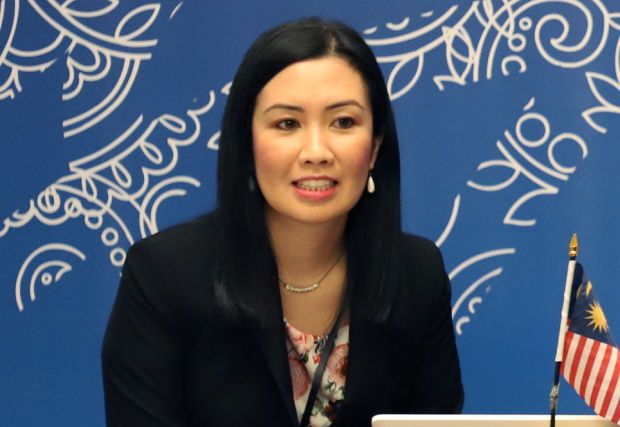 Speaking to the media at a virtual press conference after the launch, World Bank senior economist for macroeconomics, trade and investment Shakira Teh Sharifuddin (pic) said a major part of the economic growth for 2021 would be carried by the lower base effect from 2020 and some external demand which will support the economy going forward

According to the report, Malaysia’s immediate priority must focus on the efficient and sustained management of the ongoing pandemic and its effects on individuals, households and firms.

It stressed that protecting the lives and health of citizens, and thereby preventing further strains on the country’s health system, was vital to ensure the safe resumption of economic activities and the prevention of a more protracted economic downturn.

Speaking to the media at a virtual press conference after the launch, World Bank senior economist for macroeconomics, trade and investment Shakira Teh Sharifuddin (pic) said a major part of the economic growth for 2021 would be carried by the lower base effect from 2020 and some external demand which will support the economy going forward.

“Certainly there are several downside risks to growth, chief of which is the ineffective containment of the pandemic, the slow pick-up in vaccine rollout, the high number of vulnerable households currently and political uncertainties going forward.

“In the short term, the focus is on containing the pandemic and saving the lives and livelihoods of all Malaysians.

“Then, over the long term or medium term, it is important to take some of the lessons from the pandemic and undertake strong reforms.

“We’ve highlighted several of this, first is of course rebuilding fiscal buffers, the need to deepen and strengthen our social protection system as well as looking into increasing productivity growth and innovation, ” she said.

The bank’s senior economist in finance, competitiveness and innovation Smita Kuriakose noted that the pandemic had increased the issues on productivity, especially among SMEs.

She said that there had to be greater reforms in terms of opening up the services sector and creating competition.

She also stressed on the need to prioritise the ratification of the Comprehensive and Progressive Agreement for TransPacific Partnership (CPTPP) and a swift entry into the Regional Comprehensive Economic Partnership (RCEP), which would be able to attract high-quality investments.

World Bank vice-president for the East Asia and Pacific region Victoria Kwakwa said real-time surveys had shown that Malaysian firms were more vulnerable than their regional peers and that the pandemic was exacerbating issues that the country’s private sector had already been grappling with before the pandemic.

“As a post-pandemic recovery will largely be driven by the private sector, efforts should be made to enhance the resilience of this sector over the medium to long term, ” she said.