Going places: An exterior view of Resorts World Las Vegas on June 20. The new property is a shot in the arm for America’s gambling capital. ― AFP

LAS VEGAS: Genting Group opens its newest resort today, a US$4.3bil (RM17.9bil) extravaganza in Las Vegas and the biggest new property on the city’s famous Strip in over a decade.

Resorts World Las Vegas features 3, 500 hotel rooms, a 5, 000-seat theatre with Celine Dion in residency and a 100, 000-square-foot LED screen on the side of one tower. There’s a pop-up store selling clothing from the Kardashian family’s closets and a speak-easy called the Here Kitty Kitty Vice Den.

“There’s something here for everybody, basically, a city within a city, ” said Scott Sibella, a former MGM Resorts International executive now serving as president of the casino.

The new property is a shot in the arm for America’s gambling capital, which was closed for three months last year due to the coronavirus, and where visitor numbers in April were still 27% below the same month in 2019.

It’s also a milestone for Genting, the Malaysian travel and leisure giant, which has had mixed luck with some of its other casino projects in the United States.

“When they’ve wanted to go bold and big, they haven’t had a big success rate, ” Chad Beynon, an analyst with Macquarie Securities, said of Genting’s US ambitions.

Getting to this week’s opening was tough. Boyd Gaming Corp began construction at the site – the former Stardust Resort on the north end of the Strip – in 2007.

But the Great Recession and a glut of high-end properties prompted Las Vegas-based Boyd to shutter the half-built project. It was sold to Genting in 2013 for US$350mil (RM1.45bil).

Genting originally envisioned a resort focused heavily on Asian gamblers. The company talked about a live panda habitat and a replica of China’s Great Wall. Those plans were scrapped for a broader theme, more in line with other luxury resorts on the Strip.

“The days of these themed properties, that had its heyday in the ’90s, ” said Vitaly Umansky, an analyst with Sanford C Bernstein. “You don’t need those gimmicks in Las Vegas. That’s not where the market is anymore.”

But Resorts World will have all the trappings of modern-day Sin City excess, including a cavernous nightclub and a shop selling bejeweled Judith Leiber handbags. There’s a dedicated meet-and-greet area within the theater for photo ops with the performers.

The resort’s marketing slogan, delivered on billboards and social media, is “Stay Fabulous.” Opening festivities today will include a parade of Rolls-Royce convertibles.

“We’re just so excited to be part of the return of travel to Las Vegas and the US, ” said Lim Keong Hui, deputy chief executive officer at Genting and grandson of the company’s founder.

The company partnered with Hilton Worldwide Holdings Inc, which has three hotels housed within the project, including the high-end Conrad; a namesake Hilton; and a newer brand, Crockfords, which Genting already has at a resort in Malaysia. Room rates begin at US$149 (RM620) a night, midweek. Smoking will be permitted only in the casino.

The property has five pools, including one with a vanishing edge that has views of the Strip for VIPs and a kids swimming area with flower-shaped sprinklers. The exterior is decorated with thousands of trees, some salvaged from the original Stardust resort.

Some Asian elements remain. There’s no fourth floor in the hotels because it’s an unlucky number in many Asian countries. And nightlife czar Andrew Li and Lim scoured South-East Asia for new restaurant concepts they could bring to the resort.

Among them is Googgle Man Char Kuey Teow, the first US outpost from a popular Malaysian chef who wears goggles when he fries shrimp and rice noodles in a super-hot wok. It’s part of a street-food themed area just off the casino floor.

The property will also include some high-tech elements, including what’s being billed as the first entirely cashless casino.

Guests who download the Resorts World app and fund their digital wallet can generate a QR code that can be scanned by dealers at the blackjack tables, said Joseph Pappano, CEO of Sightline Payments, which is providing some of the technology. In lieu of room service, guests can have Grubhub deliver food from the resort’s 40 restaurants.

A connection being made to Elon Musk’s new Boring Co tunnel will whisk guests in minutes to the newly remodelled Las Vegas Convention Centre across the boulevard. That could convince more people to stay there.

The property’s location at the far end of the Strip means guests can’t walk from casino to casino as easily as they can at locations operated by rivals such as MGM Resorts International and Caesars Entertainment Inc.

The Genting empire began in the 1960s with a resort in the mountains above Kuala Lumpur and is now run by Tan Sri Lim Kok Thay, the 69-year-old son of the founder. He’s been trying to crack the US market for years, including an effort to build a casino in downtown Miami that has been thwarted by state limits on gambling, and a US$1.2bil (RM4.99bil) resort in New York’s Catskills region that opened in 2018 to disappointing traffic.

Genting’s biggest success domestically is a slot-machine parlour at New York’s Aqueduct racetrack in Queens. He has been trying to get New York state to allow him to build a full-fledged casino resort there, but for now such approval remains a ways off.

If Genting can get enough critical mass in the US, it may sell shares in a US subsidiary, similar to what the company has done with affiliates in Singapore and Malaysia, Bernstein’s Umansky said.

“Genting wants to be a global gaming company, ” he said. “That’s their aspiration.”

A big success in Las Vegas may also inspire other operators to build new resorts on the Strip after a decadelong drought.

“This city rebounds faster than anybody, ” said Sibella, the Resorts World president. “Eventually everything’s going to shift this way and it’s going to be the luxury side of the Strip.” ― Bloomberg 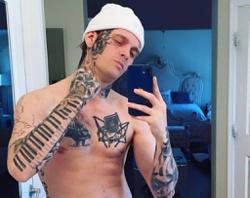 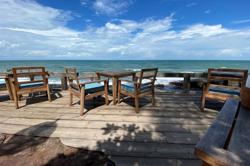