Hong Kong (Bloomberg) -- Hong Kong’s on-demand logistics and delivery firm Lalamove has filed confidentially for a U.S. initial public offering, according to people with knowledge of the matter.

The company, also known as Huolala in China, is looking to raise at least US$1 billion in the share sale, the people said. Details of the offering including the fundraising amount are still subject to change depending on investor demand, the people said, asking not to be identified as the information is private.

"The company is paying close attention to capital markets but has no specific timeline and plan for going public,” a representative for Lalamove said in a text message in response to Bloomberg News query.

Lalamove is among a number of logistics companies going public this year as the coronavirus-induced lockdowns fueled a surge in e-commerce demand.

Founded in 2013 by Stanford graduate and former professional poker player Chow Shing-yuk, Lalamove provides van-hailing and courier services on demand. It operates in over 20 markets across Asia, Latin America and the U.S. with a pool of more than 700,000 driver partners, according to its website. Lalamove’s business is anchored in China.

Last year, Lalamove raised US$515 million from investors including Sequoia Capital China, Hillhouse Capital and Shunwei Capital. It had been seeking a valuation of US$8 billion at the time, Bloomberg News reported. 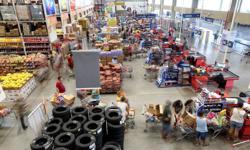