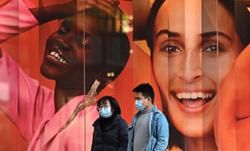 Under-utilisation – or unemployment and under-employment combined – is at its lowest level in eight years and is “going to keep going lower as well, so wages will accelerate,” said Aird, head of Australian economics. “I’m not even listening to what the RBA is saying. I just think they’re so far off the pace.”

The dovish wages and inflation view leaves the RBA behind counterparts like Canada and New Zealand, which have begun to signal tapering and potential interest-rate rises. That trend gathered pace last week, when the United States Federal Reserve (Fed) officials sped up their expected pace of policy tightening amid optimism about the labour market and heightened concerns over inflation.

“They’re starting to stand out now amongst the other central banks as being the most dovish and downbeat on wages and inflation,” Aird said of the RBA.

The central bank is due to decide in two weeks whether to roll over its yield target to the November 2024 bond, which would potentially push its first rate increase out to 2025. It’ll also decide whether to undertake a third round of bond buying, or a modified version, when the current tranche ends.

Whatever its decisions on July 6, it’s clear from recent signals that there’s still going to be plenty of monetary stimulus pumping into an already strong economy.

The RBA, in minutes of its June meeting, said that while the participation rate – those employed or actively seeking work – had risen to historically high levels, it could push even higher.

The bank acknowledged that liaison with firms showed labour shortages in some parts of the economy. But it also said firms struggling for staff were opting for “non-wage measures” to attract and retain them, such as one-off bonuses and more flexible working arrangements.

“Some firms were also opting to ration output because of labour shortages, rather than pay higher wages,” the RBA said. It went on to note little meaningful improvement in first-quarter wage data.

After giving up 30,000 roles in April – following the end of the government’s JobKeeper wage subsidy – employment soared by 115,000 in May and the jobless rate fell to 5.1%.

That’s back to pre-pandemic levels. Both the RBA’s latest minutes and Lowe’s June 17 speech were delivered before the data was released.

The strong jobs numbers prompted Westpac Banking Corp chief economist Bill Evans to predict the central bank will begin raising rates in early 2023. He forecasts unemployment to fall to 4% by June next year and 3.8% by the end of 2022.

Aird says one of the difficulties in RBA communication is the bank and board fall in behind the governor’s view, unlike the Fed.

“Surely behind closed doors some people are saying ‘look this data says wages growth is going to pick up, inflation should pick up,’ but they’re quite dogmatic as a collective on it,” said Aird.

Having spent years doling out wages and inflation forecasts that overshot reality, Lowe and his board would welcome a quicker-than-anticipated acceleration in wages – even if it did mean the debate was won by the RBA’s commercial offshoot. ― Bloomberg 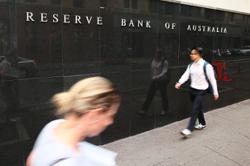