Reducing emissions:Coal miners in British Columbia. A recent statement has noted that burning thermal coal is the largest contributor to climate change in the world and a major source of toxic pollution. ― AF

TORONTO: The Canadian government will no longer approve thermal-coal mining projects because of their contribution to the climate crisis.

“New thermal coal mining projects or expansions are not in line with the ambition Canadians want to see on climate, or with Canada’s domestic and international climate commitments, ” environment minister Jonathan Wilkinson said in a statement as Group of Seven (G7) leaders gather in the United Kingdom for their first in-person summit since the pandemic.

Canada is the only G7 country to see its carbon emissions rise between 2015 and 2019, and prime minister Justin Trudeau has faced global criticism for its climate record.

A recent statement noted that burning thermal coal is the largest contributor to climate change in the world and a major source of toxic pollution.

Canada produced 57 million tonnes of coal in 2019, of which less than half – 47% – is thermal coal used to generate electricity, with the remainder being metallurgical coal used for steel-making.

Coal-fired electricity supplies less than 10% of the country’s needs and the government had previously said it would be phased out entirely by 2030.

Some 95% of Canada’s 2019 coal exports were metallurgical coal. A much larger source of carbon emissions comes from the country’s oil sands production, which requires vast amounts of energy to extract bitumen from open-pit mines.

Earlier this week, Canada’s top oil sands producers announced they will build out carbon-capture infrastructure to reach net zero emissions by 2050. The plan covers direct emissions from the companies’ operations and indirect emissions from utilities selling them power, but not the emissions created when the fuel is actually burned.

“It represents another critical step in our shared path to a cleaner and more prosperous future, and places Canada among the first G7 countries to adopt such a policy, ” the government said in the statement. Although Alberta, the country’s energy heartland, has been phasing out coal-fired generation for years, the western province is still a major coal producer and exporter.

The government said its decision applies to a proposed expansion of the Vista Coal Mine near Hinton, Alberta, which is operated by Australian mining company Coalspur Mines Ltd. ― Bloomberg 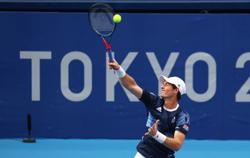