Back in the game: Pedestrians walking past a Wumart supermarket in Beijing. Zhang has made Wumart a player in China’s hyper-competitive supermarket sector again. — Bloomberg

BEIJING: In 2018, Zhang Wenzhong was cleared by China’s top court of financial misconduct charges after earlier spending more than half a decade in prison.

Three years later, the Chinese tycoon has revived the supermarket business he founded, and is about to launch two initial public offerings – one in Hong Kong and the other in the United States.

It’s a marked reversal of fortunes for Zhang, 59, who watched the Wumart grocery store chain he started in 1994 languish after he was convicted of fraudulently receiving funds from the state, bribery related to a business he had tried to acquire, and using funds from an insurance firm to trade for personal gain.

While the convictions were eventually overturned by China’s highest court in 2018, Zhang returned from prison to a company that had been deserted by its employees, suppliers and investors.

“This experience let me really understand life is short,” Zhang said in an interview with Bloomberg Television.

“Everything can suddenly happen to you. In the meantime, everything will just pass.”

In the period since his release – in 2013, after serving a reduced sentence – Zhang has made Wumart a player in China’s hyper-competitive supermarket sector again.

He did it by pivoting Wumart stores, known as Wumei in Mandarin, in the direction of innovations that tech giants like Alibaba Group Holding Ltd and JD.com Inc pioneered in China’s US$1.3 trillion (RM5.4 trillion) groceries market.

These included guaranteeing rapid delivery of fresh groceries, and giving customers the option to bypass check-out counters and pay via mobile phones.

Wumart has used its offline supply chain advantages to launch sub-brands selling fish and vegetables good only for a day, while it now delivers to 94% of Beijing compounds within the fifth ring road in as fast as 30 minutes, with its hypermarkets serving as fulfillment centres.

Now, he’s looking to raise as much as US$1bil (RM4.13bil) in an initial public offering (IPO) in Hong Kong for WM Tech Corp, a unit that includes the company’s two flagship chains – Wumart, with 426 stores, and Metro China, which has 97.

Dmall, backed by investors like Tencent Holdings Ltd, IDG Capital and Lenovo Group Ltd’s technology industry fund, is planning to list in the United States as soon as the second half of this year, Bloomberg earlier reported. 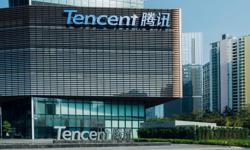