Getting to the net-zero Olympics

Former Bank of England governor Mark Carney, (pic) in his role as UN Special Envoy for Climate Finance, was instrumental in establishing the Network of Central Banks and Supervisors for Greening the Financial System (NGFS) launched at the Paris One Planet Summit in 2017. This indirectly used the financial system to push the real sector (corporations, households and governments) to up the ante on climate action.

AS the rich countries get their vaccination numbers up, whilst poorer countries are still struggling, there is some hope that we are getting to grips with the pandemic.

On the climate change front, there has been some remarkable achievements in the last two months.

First, US President Joe Biden’s Climate Summit in April got 40 top leaders to commit towards working together on climate change.

Even though several countries did not commit to anything new, notably Australia, just getting the US back to the Paris Agreement on Climate Change was a big deal.

With China, Russia and all of G20 emerging markets aboard, this was a sign that enemies and rivals can cooperate where it is important for mankind.

Second, the International Energy Agency (IEA) just published their Net Zero By 2050 report. Since the energy sector accounts for three-quarters of greenhouse carbon emissions, its views on whether net-zero by 2050 counts.

The main message was that “all technologies needed to achieve the necessary deep cuts in global emissions by 2030 already exist, and the policies that can drive their deployment are already proven.”

In other words, science and industry think that the net-zero is technically solvable. Net-zero means that the carbon dioxide emissions are balanced globally by removal of carbon dioxide though capture or storage, such as reforestation.

In May, activist investors forced ExxonMobil to pay attention by replacing two existing board members so as to drive a greener carbon strategy. Chevron also buckled to investor pressure. In addition, the Dutch courts forced Shell to cut its carbon emissions by 45% in the next decade. 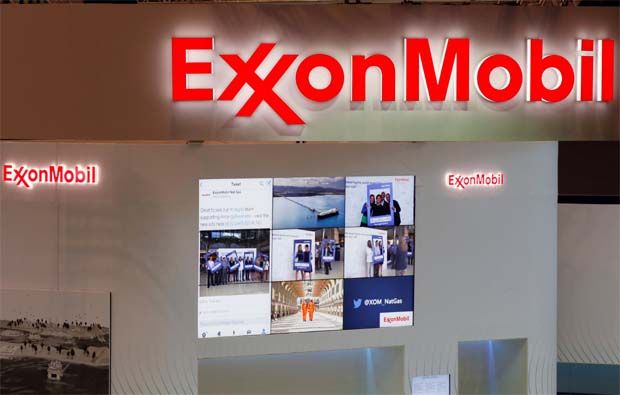 Fourth, the world’s central banks are ramping up pressure on the financial system to manage their climate risks.

A Green Swan conference is on this week, hosted by the Bank for International Settlements, Bank of France, the IMF and Network for Greening the Financial System (NGFS), to see how the financial sector can take immediate action in the practice on climate risks.

All these suggest that following Greta Thunberg’s wake-up call, both the public and private sector are gearing up for UN COP26 (Annual UN Conference of the Parties on climate change), which will be held in Glasgow this November. The UK hosts hope that COP26 will deliver concrete commitments to reduce carbon emissions this year.

Former Bank of England governor Mark Carney, in his role as UN Special Envoy for Climate Finance, was instrumental in establishing the Network of Central Banks and Supervisors for Greening the Financial System (NGFS) launched at the Paris One Planet Summit in 2017. This indirectly used the financial system to push the real sector (corporations, households and governments) to up the ante on climate action.

Working with the Task Force on Climate-related Financial Disclosure (TCFD), chaired by Michael Bloomberg, the NGFS aims to improve climate related metrics and targets, risk management, strategy on climate-risks and governance measures on the broad climate action by financial firms.

Will all these new energy and efforts work?

If the technical solutions are there, and finance seems readily available, why is progress on reduction of carbon emissions still slow? The fundamental barriers are politics and very basic issues on how to put these complex ideas into practice.

First, the controversial politics of climate change has always been about who was responsible for the bulk of carbon emissions, and who should pay for the cleaning up. The rich countries today are the still the big emitters, but they feel that newcomers like China and emerging markets should now play a bigger role in helping to limit carbon emissions. China-bashers argue that since the Paris Climate Agreement in 2015, half of the increase in CO2 emissions is due to China, with China still building more coal-burning power stations.

Second, the scale of zero carbon transformation is so deep and complex that it requires huge coordination between whole-of-government and whole-of-society to make the necessary changes. The slow response to carbon action was fundamentally due to economists’ bias for market-based solutions, thinking that carbon pricing would help create carbon-trading markets so those who “save” on carbon emission are rewarded or paid by offenders who are carbon emitters. Carbon markets have not been successful because of the lack of good rules, enforcement and efficient pricing of carbon.

It has taken a long time for the public and climate activists to realise that climate action needs both, market and state, since pollution and resource depletion are essentially market failures. Thus, the current race to the top on climate action between the US and China is the best thing that can happen for the planet.

Let’s see who can implement the commitments to net-zero by 2050 faster, better and more comprehensively.

Each government will have to design very comprehensive road maps and timelines to achieve their net-zero carbon targets. This requires very detailed government-market working together to design and implement very specific but practical plans, projects and programmes, so that individual consumers, households, corporations and different levels of government will be incentivised (or punished) to meet these targets. This is truly about mass mobilisation, not about elite wishful thinking.

To contribute to net-zero, rich cities like Hong Kong must lay out very clear programmes and projects that will cut carbon emissions, energy and resource wastages at household and firm levels. This means that net-zero strategy must fit into the Smart City with Smart Green Living that is also market and people-friendly. Net-zero is like the 2050 Olympics for every city or country to demonstrate that they can win on behalf of not just their community, but for the whole world.

Greta Thunberg is right: “we are in the beginning of a mass extinction and all you can talk about is money and fairy tales of eternal economic growth.”

The net-zero Olympics is on, and may the best city or economy win.