CGS-CIMB Research estimated Carsem’s plant in Ipoh and Suzhou were running at full capacity in the quarter.

The group also declared a higher 20 sen interim DPS in the quarter (vs. 17 sen in 3QFY20), bringing the total DPS to 30 sen in 9MFY21, in line with the research house’s expectation.

As a result of higher operating leverage, its earnings before interest, tax, depreciation and amortisation (Ebitda) margin also expanded by 3.1 percentage points to 27.8% in 9MFY21.

“We raise our FY21-23F EPS by 10-12% as we expect the group to maintain high utilisation going into FY6/22F, driven by robust demand for power management chips and sensors going into electric vehicle (EV) and data centres.

“The group nearly doubled its capex spending, from RM189mil in 1HFY21 to RM368mil in 9MFY21, to fund the capacity expansion in its Ipoh and Suzhou plants.

“However, we expect sequentially weaker sales delivery in 4QFY6/21F, partially due to capacity constraints in Ipoh following the tightening measures under the movement control order 3.0 in the May-June 2021 period, ” it said.

CGS-CIMB Research said the stock has fallen by 11% from its year-to-date (YTD) high in early-March 2021, which was in line with the KL Technology Index (-12% in the same period).

Hence, it sees the pullback in share price as a good opportunity to accumulate the stock, riding on robust demand for power management chips going into EVs and data centres.

“We reiterate our Add rating on the stock, with a RM42 target price. We peg our valuation to a lower 27 times CY22F P/E, which is +one standard deviation above the sector’s three-year mean, instead of 30 times (+2 standard deviations), in view of weaker sentiment in the global tech sector, ” it said 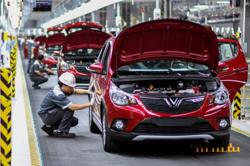