Banking in the profit

THE earnings season surely has been a pleasant surprise for stock market watchers with many companies reporting strong earnings growth during the first quarter of the year.

One group among them has been the banks. Strong double-digit rises in the first quarter, even record profits, have seen the banks weather the impact of the ongoing pandemic.Although the conditions were much different than during MCO 2.0 compared with MCO 1.0, the strong growth of profit was driven by the increasing appetite for loans.

People have saved billions of ringgit, some estimates at around RM50bil, and the pent-up demand for credit is certainly helping the bottom line of banks.

Loan growth in a stronger positive direction drove incomes upwards and some banks were strong beneficiaries of non-interest income such as that from their brokerage business.Banks have been sheltered by the ongoing targeted moratorium where bad debts are kept off their books but they have engaged in ample provisioning that could help when those loans become “active” again.

The other takeaway from the results of banks is their loans to income ratios. This had been a focus among banks in recent times as loan growth was in the single-digit range. With the advancement of digital technologies, the need for bank branch expansion is yesterday’s news with many now looking to pare back on their branch network over time.

That will help drive costs lower but having a low cost-to-income ratio will also mean helping banks prepare for when digital-banks start operating after licenses are given out next year. Digital-banks have the advantage of not utilising the traditional costly distribution model and their perceived lower cost-to-income levels could mean even more pressure on banks should incomes be shaved off what traditional banks are making.

The dynamics of banks will be worth watching in the quarters ahead but the prudence displayed certainly gives rise to optimism that the worst may be behind for the banks in the country.

SEDANIA Innovator Bhd joins the league of a few penny stocks to go ballistic in recent times, driven by speculation and irrational behaviour. Its share price stood at a mere 15.5 sen just over a month ago.

True, some positive news has emerged in the company. For one, it recently announced that its 51%-owned subsidiary Offspring Inc, which produces baby products including diapers and wet wipes, is expanding into Cambodia, South Korea, Finland and Spain to expand its global presence.

On Friday it was also revealed that Jakel Group managing director Datuk Mohamed Faroz Mohamed Jakel has emerged as a substantial shareholder after acquiring 43.53 million shares or a 12.55% stake in the group via a private placement. On May 20, Sedania said it had fixed its placement price of a long delayed 20% placement at a mere 28.6 sen per share. That price it said was determined via a five day volume weighted average market price of Sedania from May 11 to May 19.

Interestingly, the share price chart shows that Sedania’s share price began to spike up right after May 19. This means the new shareholder is sitting on a massive paper gain already from his new 12% holding.

What is more relevant in Sedania’s saga is the fact that this is a loss-making company.

It has had a patchy profit track record since its listing in 2015, reporting losses in three out of its last five financial years.

What is important for investors chasing up this stock to realise is that for a company that’s been listed since 2015, it should already have begun to show a clear sign to profitability by now, and trading at a respectable price earnings ratio. For reference, with its share price at RM1.46 and in order for it to secure even an undemanding price earnings multiple of say 10 times, Sedania would have to post an annual profit of RM44.1mil.

Is it anywhere close to achieving that? A similar analysis ought to be done on all the other largely penny stocks which have seen their share prices spike up in the last few weeks.

has taken a twist after a substantial shareholder proposed an EGM to oust current auditor KPMG PLT and appoint BDO PLT.But late yesterday night, Serba Dinamik issued a statement responding to queries the stock exchange had raised. It answered various questions that were brought up by KPMG. Much of the issues raised by KPMG surrounded the transaction details, customer verification, and on receivables as well as payments, which involved large sums of money.

“The board is targeting to appoint an independent firm to review the accuracy and veracity of the matters highlighted by the external auditors as stated above in June 2021. In conjunction, the scope of the work in relation to the above shall be finalised accordingly, ” Serba Dinamik tells Bursa Malaysia.

“The company is setting up an independent committee to manage and handle the matters in relation to the independent review, that will report to the board of directors. The composition of this committee will mainly comprise of non-executive directors, legal advisers, internal auditors, company secretary and representative of the management.”

Serba Dinamik says it is not able to substantiate the financial impact pending the review by the independent firm.

“The company takes the view that there is no issue with regard to the legitimacy and existence of the contracts as well as the value that will render any material impact to the financial and operational aspects of the group for the financial year ending June 30,2021, ” it says in the statement.

With so many questions raised and now a proposal to remove the auditor that raised such questions, the findings of an independent review will take on great significance for the company and its shareholders.

The importance of the role of auditors cannot be diminished. The accuracy of the job they provide is the link between investors and shareholders to ascertain the true and accurate reflection of a company’s accounts. 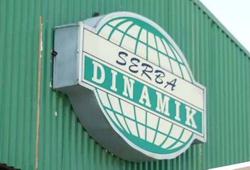