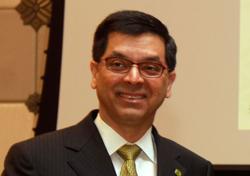 may allow for a proper re-rating of Bank Islam besides enabling the latter’s stronger financial position upon completion of the exercise.

Upon completion of the exercise, Bank Islam would assume the listing status of BIMB. The exercise at the moment is still ongoing.

Analysts are upbeat that besides allowing Bank Islam to assume the listing status post restructuring, it would also strengthen the bank’s financial metrics and put it on a stronger footing to face mounting competition in the Islamic banking space.

Maybank Investment Bank Research said the main positive of this restructuring exercise is that it would allow for a proper re-rating of Bank Islam, which it thinks is undervalued.

CET1 is a capital measure that shows a bank’s ability to weather a financial downturn.

Following from BIMB’s restructuring, existing shareholders of BIMB would own shares in both Bank Islam and STMB.

Based on its computations, Maybank IB said each BIMB share would receive one Bank Islam share and 0.24 STMB shares.

On May 7, an application to obtain the sanction of the High Court of Malaya for the scheme of arrangement (SOA) to pay its warrant holders was filed. Once this is sorted out, what remains is the distribution-in-specie of BIMB’s stake in Bank Islam and STMB to BIMB shareholders.

However, Maybank IB cautioned that as one of the largest Islamic banks in Malaysia in terms of asset size, any economic slowdown in the country would have a knock-on effect on Bank Islam’s operating performance.

At STMB, slower economic growth and domestic consumption would reduce demand for family and general takaful, it noted.