Thai AirAsia listing may come at a cost to AAGB 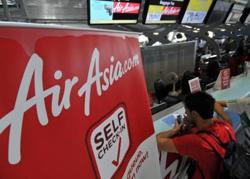 AAGB may have to recognise large previously unrecognised loss of about RM500mil in financial year 2022, exacerbating its already negative book value per share, according to Maybank Investment Bank Research.

PETALING JAYA: The move to get a new investor that will provide a loan for Thai AirAsia

(TAA) is positive but it may come at a cost to AirAsia Group Bhd (AAGB).

AAGB may have to recognise large previously unrecognised loss of about RM500mil in financial year 2022, exacerbating its already negative book value per share, according to Maybank Investment Bank Research.

The research house’s view is that a rights issue was inevitable and is maintaining its estimates for now pending the listing of TAA.

Last week, it was announced that an unnamed investor will inject about RM412mil into AAGB’s 45% owned associate, TAA.

If TAA is listed on the Stock Exchange Of Thailand (SET), the convertible loan or bond is convertible into TAA shares at 20.39 baht per share.

This process is expected to be completed by mid-May 2021.

TAA will attempt to list on the SET by the first half of next year.

Asia Aviation PCL, which owns 55% of TAA, plans to distribute TAA shares in specie to its shareholders and liquidate itself.

The research house said if TAA is listed, AAGB will convert the debts that TAA owes it (about RM510mil) into equity.

In addition, AAGB will inject RM67mil in equity to maintain its 45%-shareholding in TAA, Maybank said.

It said AAGB recognises share of losses from its associates to the extent of its investment in them.

It ceases recognising share of losses when they exceed investment amount.

When it does make fresh investment, it must recognise previously unrecognised losses, the research house said.

“We gather most of AAGB’s unrecognised losses as at end-FY20 of RM557mil relates to TAA. Though mostly non-cash, AAGB may have to recognise RM500mil of previously unrecognised losses on the aforesaid total equity injection of about RM577mil, ’’ the house said.