Matrade: Malaysia among most trade-friendly nations

The Malaysia External Trade Development Corp (Matrade) said the country is today an integral part of the global supply chain.

KUALA LUMPUR: Malaysia has established itself as one of the most trade-friendly countries in the world, exporting a competitive range of products and services to more than 200 countries and territories worldwide.

The Malaysia External Trade Development Corp (Matrade) said the country is today an integral part of the global supply chain.

In 2019, Malaysia was recognised as the world’s 25th trading nation and 26th largest exporter and importer in 2019 by the World Trade Organisation (WTO), it said in a statement.

Matrade said Malaysia has also ensured that it has kept up with the rapidly transforming technologies utilised in the global trade, commerce and financial sectors.

“Today, it is capable of conducting business efficiently and effectively within the knowledge and digital economy, ” it said.

The agency said Malaysian electrical and electronics companies are leading players globally with a significant amount of all electronics exports being contributed by semiconductor devices, integrated circuits as well as transistors and valves.

The information and communications technology is another important sector for Malaysian exports.

Matrade said the country’s many other areas of export include the digital content sector, game art production and various aspects of audio-visual production for the film and computer industries.

“The country is also the largest manufacturer of boilers in South-East Asia, with the capability to manufacture and supply high-grade and internationally accepted industrial boilers, ” it noted.

Malaysia is also recognised as one of the most developed chemical industries in the world, supplying a variety of products including polymers of ethylene, methanol and saturated polyesters.

In addition, the country’s construction and professional services sector has established itself as a major global player, having completed a variety of projects abroad.

Meanwhile, the Malaysian aerospace industry has been showing tremendous growth potential including in the maintenance, repair and overhaul, machinery and design engineering sectors.

Matrade said Malaysia’s oil and gas industry is among the most dynamic in the region and includes the provision of specialty services. 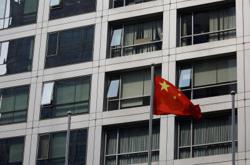