KUALA LUMPUR: Worries about a possible new Covid-19 pandemic wave is weighing on Malaysia’s economic outlook but some hope any new restriction order can spare the bulk of economic activities.

OCBC Bank economist Wellian Wiranto (pic, below) said on Monday after the apparent success in taming down the “3rd Wave” early this year, the country is facing a potential surge yet again.

He pointed out new Covid-19 cases have creeped up to above 3,000 recently though still some distance away from the over 5,700 in late January.

Of concern, he said, were signs the healthcare system is already stretched, Hospitals in the populous Klang Valley area are experiencing a shortage of ICU beds, and the death rate is creeping up.

Wiranto said the invasion of the more infectious virus variant from India has been reported, as well, adding to the sense of unease on the ground.

He noted recent reports suggest the government is considering a reimposition of targeted Movement Control Order (MCO) in areas such as Selangor, Kuala Lumpur, Penang, and Johor although this has been refuted.

However, the evolving situation would deserve a close watch as the vaccination rate remains low, with less than 2% of its population being fully inoculated. “There is hope that, if implemented, any new restriction order can spare the bulk of economic activities, like in January when factories and shops could stay open even if social and religious activities were curtailed. That would limit the economic damage. Still, the impact will remain palpable, hurting the nascent recovery in business and consumer confidence into Q2.

“Against this backdrop, Bank Negara (Monetary Policy Committee) is meeting on Thursday. While we and the market do not expect the central bank to cut its Overnight Policy Rate on balance – it held rate unchanged during the previous virus resurgence in January – there remains a small tail risk that it might just do so.

“At the very least, it would start to flag some of the downside risks more vocally and signal that it continues to have some space for further accommodative policy if needed, ” Wiranto said. 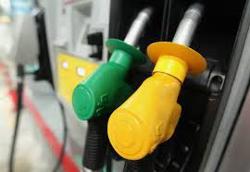