All three major US indices fell 0.9% each in a bout of panic selling even as observers call for calm as the proposed plan is expected to be watered down as it goes through the stages of obtaining approval from congress.

On Bursa Malaysia, there was some mild profit-taking on the back of yesterday's rebound.

Glove stocks remained buoyant with Top Glove rising seven sen to RM5.69 on news that it had downsized its proposed Hong Kong IPO to RM4.22bil from RM7.7bil, which should reduce the earnings dilution.

Mah Sing was the most actively traded stock with 104.72 million shares exchaning hands.

The counter rose 11 sen to RM1.05 on the back of news that it had secured orders for its new glove facility, which was ready to start production next month. 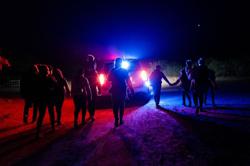