NEW YORK: US regulators are considering tougher disclosure requirements for investment firms in response to this year’s implosion of Archegos Capital Management and trading gyrations in GameStop Corp.(pic)

Securities and Exchange Commission (SEC) officials are exploring how to increase transparency for the types of derivative bets that sank Archegos, the family office of billionaire trader Bill Hwang, according to sources.

The review is in its early stages and Gary Gensler, who took over as SEC chairman last week, will decide how to proceed, the people said. A spokesman for Gensler declined to comment.

The SEC is focusing on public documents known as forms 13F and 13D that reveal big stock holdings of hedge funds, mutual funds and family offices. Investment firms that own shares worth at least US$100mil (RM411mil) must file a 13F detailing their portfolios every quarter, while funds issue a 13D once their stake in a single corporation exceeds 5% –alerting other investors that they may be pursuing a hostile takeover or the breakup of the company.

Archegos, which doesn’t appear to have ever filed a 13F or a 13D, used swaps rather than common stock to stealthily amass huge positions, including an estimated US$10bil wager on ViacomCBS Inc.

Like derivatives, short-sales are also largely excluded from the forms, an issue that became a flashpoint this year when lawmakers questioned how hedge funds made bearish bets that were seemingly bigger than GameStop’s market value without anyone knowing who was behind the trades.

Among issues the SEC is evaluating are whether filings should include derivatives and short positions, and if firms should submit 13Fs more frequently than every three months, said the sources.

An overhaul might help regulators and Wall Street spot risks that are building up in the financial system.

The billions of dollars in losses that Archegos triggered for Credit Suisse Group AG and other firms show the consequences of having such blind spots.

“Current reporting is both too slow and it’s incomplete, ” said Andrew Park, a senior policy analyst at Americans for Financial Reform, a Washington-based group that pushes for stringent financial regulations.

“Few people knew about Archegos until after it had blown up.”

More transparency would be welcomed by business groups that have long argued that investors should be compelled to disclose bets against companies and derivatives that are directly linked to share performance.

But hedge funds and activist investors would likely lobby to fend off changes.

Such firms claim that having to reveal short positions would make them targets of corporate smear campaigns and deter trading that can expose badly run companies or even frauds.

The industry also says more disclosure isn’t necessary because market participants already know the level of negative wagers made against specific companies even if they can’t see who’s making the trades.

One thorny issue the SEC is examining is how much legal flexibility it has to revamp rules, some of the people said.

Current disclosure requirements are based on equity stakes that give investors the right to vote shares in corporate elections, not complex financial instruments like derivatives or options.

Democrats on the House Financial Services Committee are also evaluating whether regulations should be tightened, including by making family offices like Archegos file confidential forms to the SEC that are meant to help identify threats to market stability, a congressional aide said.

Even when family offices file 13Fs, they often avoid reporting their investments publicly because the SEC permits them to submit parts of the documents covertly.

There isn’t yet a push to pass legislation because lawmakers would like to give Gensler time to get up to speed in his new job, according to the aide.

In addition, some congressional members believe the SEC has all the authority it needs to make changes.

Any move to increase transparency would be a reversal from what was proposed during the Trump administration when the SEC sought to exempt firms from filing 13Fs unless they held stock worth at least US$3.5bil. 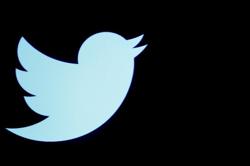