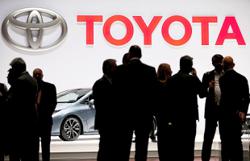 lower on expectations that negative rental reversion will drag on earnings in the near-term.

The research house cut forecasts by 21.6% and 18.8% for FY21 and FY22 in anticipation that rental reversion will remain in negative territory due to the challenging retail backdrop.

"Hence, we maintain Neutral on CMMT," it said.

CMMT's 1Q FY21 core net income of RM7.7mil came in below expectations at 10% of MIDF's and consensus full-year estimates respectively.

"The negative deviation could be attributed to the lower than expected rental income in 1QFY21 as a result of imposition of MCO2.0 and steeper than expected negative rental reversion," said MIDF.