WELLINGTON: New Zealand’s central bank held its official cash rate (OCR) at 0.25% in a widely expected move yesterday, saying it needs to observe the economic impact of new housing market measures and the return of some international tourists.

The Funding for Lending Programme (FLP) operation was unchanged.

Economists in a Reuters poll had unanimously expected the RBNZ to hold rates and keep other easing tools unchanged.

Short-term data continues to be highly variable as a result of the economic impacts of Covid-19, ” RBNZ said in a statement.

Business sentiment has been waning in recent months despite a remarkable rebound in economic activity after the Covid-19 lockdowns, and the economy contracted in the last quarter of 2020.

But these downsides were offset by the improving global outlook, and the return of Australian tourists to New Zealand next week through a Covid-19 “travel bubble” arrangement.

This will allow unrestricted movement between the two countries that have managed to contain the virus through strict lockdowns and international border closures.

The government, under pressure to cool a red-hot housing market, also introduced a raft of measures in March slugging investors with new taxes.

RBNZ said travel with Australia should support incomes and employment in the tourism sector but the net impact on overall domestic spending will be determined by the two-way nature of this travel.

It added that the dampening effect of the government’s new housing policies on house price growth, and consumer price inflation and employment, will take time to be observed.

“The committee agreed that medium-term inflation and employment would likely remain below its remit targets in the absence of prolonged monetary stimulus, ” RBNZ said in the statement. ─ Reuters 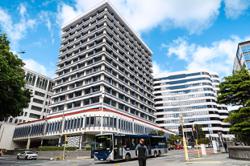