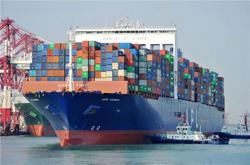 Finally, invest US$300bil in research, development and manufacturing, including US$50bil on semiconductor manufacturing. The underlying strategy is to deliver green lifestyle to combat climate change.

Taking together the US$1.9 trillion stimulus package and US$0.9 trillion approved under Trump, the US will commit US$4.8 trillion or 22.9% of 2020 GDP, setting the stage for Big State competition with China. To fund this, the corporate tax rate would be raised to 28% from the current 21%, which Trump slashed from 35% in his 2017 tax package. The Biden package would also plug US corporate taxation evasion through capturing offshore income at domestic tax rates.

This attention to infrastructure and jobs is long overdue. Furthermore, the world needs this large fiscal stimulus to help global recovery from the pandemic. The OECD estimates that up to 1.5% would be added to global growth from the US stimulus package.

Can the US implement such investments without inflation? Will the rest of the world fund this without higher interest rates? LSE Professor Charles Goodhart and Manoj Pradham pointed out that since the 1980s, global benign inflation was due to China becoming the world’s new source of cheap goods and services. They think that this will not last. University of Texas Professor James Galbraith warns that “China is missing from the Great Inflation Debate.” He, however, thinks that China will not rock the boat by pushing up prices.

At the end of 2020, just under three quarters of US net foreign liability to rest of the world of US$14.1 trillion is funded by East Asian surplus economies (Japan, China, Hong Kong, Singapore and Taiwan), with the balance by Europe (Germany, the Netherlands, Norway and Switzerland). As Harvard Professor Kenneth Rogoff put it, “it seems an article of faith among US policymakers and many economists that the world’s appetite for dollar debt is virtually insatiable.”

What could totally disrupt both assumptions? Worsening US-China relations! By retaining Trump tariffs on China and hardening rhetoric on China, the Biden administration thinks it can pump up the US and fight China and Russia at the same time.

Is this unipolar hubris justified?

The latest China Academy of Social Science (CASS) 2020 National Balance sheet report showed that by 2019, China amassed national net wealth and GDP at market value at 80% and 65% of the US, respectively. China is a net lender to the world with US$2.2 trillion or 14.4% of GDP, running current account surpluses, whereas the US is a net borrower to the tune of US$14.1 trillion or 66.9% of GDP, running growing twin fiscal and current account deficits and debt.

For a free market economy, the US state is no longer small – government spending rising from 35.7% in 2019 to 47.2% of GDP in 2020,10 percentage points higher than Chinese state spending.

Which form of state capitalism is more sustainable and effective? State capitalism has evolved from managerial and financial capitalism because financialisation and technology created growing income and job disparities that only government intervention can correct. Ideological differences do not necessarily ensure performance outcome.

The Chinese use state-owned enterprises (SOEs) to implement long-term national goals, such as modernisation of infrastructure, job stabilisation, regional development and provision of social utilities. Although less efficient than the private sector, by keeping sufficient reforms to ensure profitability, SOEs contributed to China’s growing net national wealth to US$88.6 trillion.

With the state owning one quarter of such wealth, there is more than ample reserves to address Chinese modernisation without higher taxation on the citizens. A 40-year review of Chinese SOE performance consider that they are best labelled as “social enterprise”, achieving social goals through business methods, not wholly-for-profit.

In contrast, the combination of shareholder capitalism and frequent elections induces the US to act short term. With contentious domestic politics and complicated Federal–State relations, infrastructure projects hitherto faced formidable obstacles and delays. Money politics meant everything depends on monetary creation, which in turn relies on growing foreign debt.

In short, one state capitalism relies on domestic savings and the other relies on foreign savings.

The US has been running down its public infrastructure, because the bulk of net wealth is in private hands. In contrast, China uses SOEs to own and build infrastructure, but allow private sector to innovate and compete across usage rights. Since 1978, China reduced state-ownership of total assets from nearly 80% to 40%, allowing the private sector to push innovation, jobs and trade creation.

Despite criticisms that privatisation was slow, sufficient SOE reforms on corruption and governance were made to ensure that they make enough money to deliver on national objectives.

As CSIS Jude Blanchette argued: “Absent a deep and enduring commitment to rebuilding internal competitiveness, as well as creating an economic system that is vastly more inclusive, the United States can only tread water while China continues to march toward the future.”

As governments assume larger roles in the US, Europe and China, the issue is how to deliver performance along the whole range of military, economic, social, technological and organisational dimensions, without capture, corruption, concentration and widening social injustices.

So far, American free markets have allowed the 1% to increase concentration of wealth and power, including capture in politics. The Achilles’ heel of procedural democracy is how to reform itself when captured.

In contrast, China seems able to lift the majority out of poverty, deliver modern infrastructure and living standards, at the cost of individual freedom. The competition is therefore between different forms of state capitalism that may in practice look like more market socialism.

Who wins in this competition is not about wishful thinking that the other side will collapse or falter. It’s about who makes the least strategic mistakes.

Andrew Sheng worked in the World Bank in the 1990s on development finance. Views expressed here are the writer’s own. 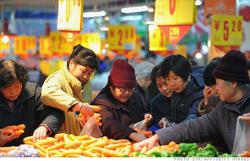 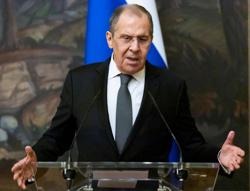