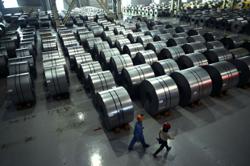 KUALA LUMPUR: The government has received a petition from Southern PC Steel Sdn Bhd requesting for an anti-dumping investigation to be conducted on imports of stranded steel wires for prestressing concrete from China.

In a statement, the Ministry of International Trade and Industry (MITI) said the petitioner alleged that imports of the subject merchandise are being dumped into Malaysia at a price much lower than the selling price in China’s domestic market and this is causing material injury to the domestic industry in Malaysia.

"The petitioner further claimed that the dumped imports of the subject merchandise have increased in terms of absolute quantity and have caused material injury to the domestic industry.

"The government has evaluated and considered the evidence of dumping, injury and causal link and decided to initiate an anti-dumping investigation on imports of the subject merchandise from the country,” it said.

In accordance with the Countervailing and Anti-Dumping Duties Act 1993 and its related Regulations, MITI said a preliminary determination will be made within 120 days from the date of initiation.

"If the preliminary determination is affirmative, the government will impose a provisional anti-dumping duty at the rate that is necessary to prevent further injury to the domestic industry,” the ministry said.

In connection with the investigation, MITI will distribute questionnaires to interested parties -- importers, local producers, producers or exporters of the subject merchandise in China and relevant association.

Other interested parties may request for the questionnaires in writing to MITI no later than April 15, 2021.

"Interested parties may also provide their views in writing, questionnaire responses and additional supporting evidence to MITI by April 30, 2021. 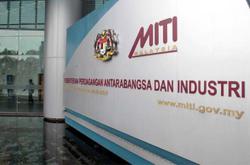