Datuk Dr Mohd Abdul Karim Abdullah said the subsidiary would manage its involvement in the new industry through capacity buildings via partnerships with various agencies and international players.

Group Bhd plans to establish a new subsidiary for its venture into the space industry in the third quarter of this year.

“However, as the business grows and our presence in the industry expands, we will look at the requirements and find the best possible solution that can benefit the group to ensure the continuation of the business, ” Karim told Bernama in an e-mail interview.

Recently, the energy services group announced its collaboration with the Malaysian Space Agency (MYSA) to further strengthen the development of the space economy and industry in Malaysia.

The group said Malaysia had yet to participate in the “new space economy” despite being equipped to do so.

MYSA has taken initiatives, through the Science, Technology and Innovation Ministry, to introduce the Malaysian Space Board Bill 2020, which was tabled for its first reading last year.

Karim said Serba Dinamik planned to venture into the space economy because it would connect the dots in terms of information and communications technology, which is one of the core competencies within the group, through Internet connectivity to the underserved and unserved areas domestically by utilising satellite technology for connectivity.

“This is required to support the group’s various initiatives on frontier technologies that require broadband and Internet connectivity to realise the utilisation, ” he added.

Karim noted that providing the facilities and infrastructure would open much bigger markets for other related industries under the Fourth Industrial Revolution (IR4.0).

“It also gives contribution in terms of nation building, which is the intention of the government of the day to provide connectivity to the underserved and unserved communities, ” he added.

Karim said MYSA’s role was to give the advisory technical support within the organisation to assist Serba Dinamik to realise its objective and make a footprint in the space economy.

Serba Dinamik has also signed a memorandum of understanding (MoU) with SWISSto12, a Switzerland-based with the technology to manufacture components that are used in satellites via 3D printing technology.

With the MoU, it is expected that SWISSto12 will provide support to Serba Dinamik and its partners in their space initiatives. — Bernama 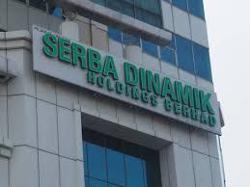