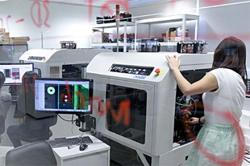 Revenue slipped 1.27 per cent to RM707.31 million from RM716.42 million previously, it said in a filing with Bursa Malaysia today.

For bulking facilities, the group said it registered a revenue of RM46.42 million in FY20 versus RM49.66 million in FY19, while revenue from construction services for concession infrastructure of RM8.39 million was recognised against RM8.68 million in the previous year.

Bintulu Port noted that the expenditure during the year under review of RM613.15 million was higher by RM39.37 million compared with RM573.78 million the year before.

"The increase in expenditure is mainly due to the provision of maintenance dredging and also the recognition of additional depreciation on right of use assets under the Malaysian Financial Reporting Standards MFRS 16: Leases for new charter hire of vessels at the company,” it said.

Moving forward, the group’s performance for FY21 will continue to be affected by the unprecedented impact of the ongoing COVID-19 pandemic which is affecting all the supply chain in the logistics industry, it added. - Bernama