’s independent directors and independent adviser have urged the minority shareholders to reject the takeover offer by AKK Capital Sdn Bhd at 55 sen a share.

In the executive summary of the circular to shareholders on Thursday, they said the offer is not fair as it is 70 sen or 56% below the realised net asset value of the shares of RM1.25.

They also said the offer price was between eight sen and 50 sen over the closing market prices on Jan 21, which is last full trading day prior to the date of the takeover notice, and over a 12-month period.

“The offer price represents a discount of RM1.40 or approximately 71.79% of the closing market price of Paragon Union shares of RM1.95 on the latest practicable date of Jan 18, ” they said in the executive summary.

The offeror is Koon Hoi Chun, the sole shareholder and director of AKK Capital. On Jan 22, he had acquired 39.97 million shares or about 60.41% of the equity interest in Paragon Union fo RM21.98mil or 55 sen for each share.

Following the acquisition, he extended the mandatory takeover offer for all the remaining 29.16 million shares or about 42.18% of the total number of issued shares of 69.14 million.

In Thursday’s advice to minority shareholders, the independent directors said the offer was not fair.

“We are of the view that the offer is not reasonable. We note that it is the intention of the offeror and the ultimate offeror to maintain the listing status of Paragon Union on the Main Market of Bursa Securities.

“However, there is no assurance the market price of Paragon Union shares will continue to trade at current price levels after the closing date, ” it said.

Both the independent directors and Malacca Securities described the offer as “not fair and not reasonable” and recommended the minority shareholder to “reject” the offer.

Its share price closed up four sen higher at RM1.79.

Its share price closed up four sen at RM1.79 on Thursday. 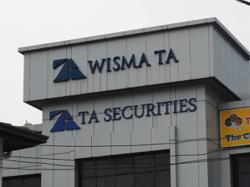