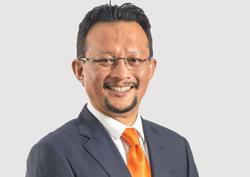 THE clock is ticking as Malaysia gears up for its public and private sectors to be fully digitalised. Notably, it took a health crisis – the Covid-19 pandemic – for the shift of mindset for some conservative businesses and also the government to accelerate the adoption of technology.

Yesterday, optimism poured over Prime Minister Tan Sri Muhyiddin Yassin’s announcement on the 5G internet connectivity rollout in the next ten months. Many more digital initiatives were announced by the prime minister on the official launch of MyDigital and the Malaysia Digital Economy Blueprint.

The MyDigital initiative outlined a comprehensive plan to transform Malaysia’s economy into a technologically-advanced one through the Malaysia Digital Economy Blueprint by 2030.

The massive plan requires extensive collaborations across the federal government, state governments, ministries and government agencies to ensure consistency in the rollout at the national level.

But the big question in mind is whether these digital initiatives will be executed successfully, or is this a read-only big-picture blueprint?

Over the past decade, Malaysians have seen the government craft good vision statements and even forward-looking economic policies. But full targets of the vision were not achieved and some missions were even abandoned. As such, economists and industry players have raised their eyebrows to see if the digital plan can be successfully executed.

In order for the plan to be accomplished, UOB Malaysia senior economist Julia Goh (pic below) tells StarBizWeek that reducing bureaucracy, and promoting transparency, higher accountability in the government’s processes and execution is important. Surprisingly, having transparency and clear monitoring was also echoed in the government’s blueprint, reflecting that it is a crucial factor for the digital plan to be seen through.

The MyDigital initative targets some plans for the government, businesses and the people to be achieved in the next five years.

To ensure that the results are achieved, Goh suggests that it is timely for the government to have an annual track of progress with public disclosure on the list of key performance indicators (KPIs) achieved by various agencies and ministries.

“Given that digital developments advance so fast, we need to be more proactive in keeping track of progress in a bid to ensure that plans are on track and not abandoned, ” she advises.

With the extensive collaboration required for the digital plan to be executed successfully, Malaysia Innovation and Regulatory Leader of Deloitte Malaysia Justin Ong adds that “the last thing we would like to see is silos and lack of integrated direction of digital initiatives pursued by different parties in the digital ecosystem”.

“This entails a consistent and comprehensive data management plan across the data lifecycle that captures, maintains, utilises, shares and stores data for decision-making, ” Ong explains.

Citing an example, he says Singapore’s Personal Data Protection Commission (PDPC) has also embarked on a series of initiatives to develop a trusted data ecosystem.

While big-picture blueprints are important, they need to be followed up with the required changes in laws and regulations for the digital move to take place, points out a technology company chief executive officer (CEO).

He cites the example of existing legislation that does not nudge the usage of technology in the areas of stamping and other government notices. “To support digital transformation, e-stamping ought to be allowed when submitting government documents and tax filings. There should also be e-notary services available.

“In the US, notarisation can be done fully virtually through video call verification, something that Malaysian law does not allow today. Until these small things are changed, the push to digitalisation will be hampered, ” he explains adding, “our existing laws need to be updated to support digitisation”.

Most industry players are looking for the government to expedite the acceleration of digitalisation in the public sector at least within a shorter time frame. The blueprint also aims for all civil servants to be digitally literate in the next five years.

MoneyMatch co-founder Naysan Munusamy says the government should show more haste in the execution of key initiatives such as National Digital ID and end-to-end digital signatures to be done in the next two to three years. “Once these key infrastructure upgrades are done, then we can enable further digitalisation, ” he notes.

National Digital ID is an effort by the government for Malaysians to embrace the rise in digital services. For small and medium enterprises (SMEs), that make up 98% of the country’s businesses, Ong says they need to play catch-up in terms of digitalisation.

According to a report from SME Corp Malaysia, around 46.1% of SMEs use digital finance and accounting, and only 32% of Malaysian SMEs have their own website, despite having a heavy presence on social media.

Nevertheless, Ong says the Covid-19 pandemic has changed the status quo and forced many SMEs to embark on digitalisation although abruptly and reluctantly.

“The MyDigital plan would allow businesses to increasingly use technology. This would force SMEs to adopt as more businesses grow digitally, ” he notes. Overall, Imran believes the ambitious plan is achievable, considering the fast digital adoption during the pandemic.

“The key success factor here is to maintain the momentum of digital adoption, especially post-Covid-19. While it is very important for the government to lay the plan and continue providing support, we have to also be cognisant that all parties need to look at digital adoption in their own context in order to make this plan a success, ” Imran explains.

It would be an uphill task for the government to fulfil a comprehensive plan across hundreds of federal and state government agencies. But successful execution to be fully digitalised is key for the country to be on par with other Asian countries.