Brisk sales: A production line of perfume bottles at the L’Oreal factory in Gauchy near Saint Quentin, northern France. The firm recorded a 27% year-on-year growth in the fourth quarter of 2020 in China, compared with its 4.1% dip globally. ─ AFP

SHANGHAI: Skincare and beauty company L’Oreal Group is working hard to carry out its “good consumption” pledge made during the China International Import Expo, with a torrent of new store openings and campaign launches targeting the Chinese market within a month.

Just days ahead of the Lunar New Year, a 3CE Stylenanda flagship store was launched in Shanghai’s downtown Xintiandi area, where customers can purchase a variety of cosmetics by 3CE, a brand originally from South Korea and later acquired by L’Oreal.

As 3CE Stylenanda’s largest flagship store in China, it features four themed areas – a courtyard labyrinth, a space with futuristic cars, an area imitating a watery space and another recreating the scenery of Jeju Island, South Korea.

To celebrate the opening of the Shanghai flagship store, the brand launched a limited-edition 3CE collection exclusive to the city.

Such robustness is reflective of L’Oreal’s overall strength in China, where 27% year-on-year growth was achieved in the fourth quarter of 2020, compared with its 4.1% dip globally. “The market recovered significantly in the second half, growing over 4% in the year, boosted by strong omnichannel demand for selective brands and very dynamic e-commerce, ” the company said in a statement on Feb 11.

L’Oreal group chairman and CEO Jean-Paul Agon said recently that consumption was key to economic recovery and proposed its “good consumption” framework in Shanghai to ride the trend.

“China and the European Union (EU) can draw many lessons from each other, ” Agon said. “For example, the EU’s experience in safety and regulation can be a good reference for China, while China’s success in enabling digital consumption can inspire Europe.”

For instance, Miss M, which the company says is its first-ever virtual host, brought to life MG beauty masks after first appearing during the third CIIE in November. Customers are now likely to run into Miss M any time of the day as they watch the brand’s livestreaming sessions. ─ China Daily/ANN 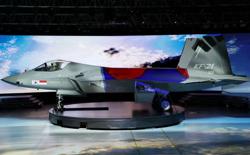