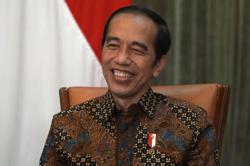 JAKARTA: Indonesia has named Ridha Wirakusumah as the chief executive officer of its new wealth fund, which is set out to bring in funds to invest in local projects from infrastructure to healthcare.

Wirakusumah was formerly the CEO of PT Bank Permata and has held positions at KKR & Co, General Electric Co, as well as American International Group Inc, President Joko Widodo said in a briefing in Jakarta yesterday.

Indonesia is moving one step closer to launching its new wealth fund, which currently has up to US$15bil in assets and is aimed to grow to as much as US$100bil.

Jokowi, as the president is known, said South-East Asia’s largest economy is already “late” in the game.

“I believe INA is able to gain the trust of national and international public.” — Bloomberg