Retail Group Malaysia managing director Tan Hai Hsin (pic below) said those who are used to visiting open-air and wet markets are not switching to online purchases despite the Covid-19 pandemic. “They go to supermarkets and hypermarkets instead. So open-air and wet markets, morning and night markets and temporary food stalls are here to stay.

“They will not be replaced by online grocery and ready-food deliveries. Once they are allowed to open and the virus spread is contained, their regular customers will return, ” he said.

Tan was debunking two fallacies in the grocery sub-sector of the broader retail industry.

First, it is a myth that grocers were doing “roaring business” just because they were allowed to remain open throughout the restrictive moment period.

Second, it is an even bigger misconception that online grocery will be the fastest growing sub-sector in the broad retail online spectrum. 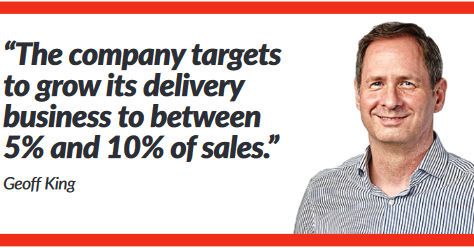 Fashion and fashion-related products such as shoes, accessories and bags; and electrical goods such as handphones and computers will have more sales than online groceries, although he does not have the figures, he said.

When economic activities drop, people will buy less, opt for lower priced items and go out less. That is on the demand side.

The distribution of grocery stores in Malaysia is wide and covers provision and mini-markets. Online buying, however, is limited to urban cities.

“Despite the Covid-19 pandemic, most Malaysian customers still prefer to visit grocery stores instead of shopping online, ” he said.

He noted that KK Mart and Speedmart are still opening physical stores every week despite the growth of online grocery delivery.

Family Mart, 7-Eleven and Mynews are also still opening more stores despite the pandemic, and CU convenience store from South Korea will be opening new stores in Malaysia.

The future of grocers in Malaysia is the integration of both the physical and online shopping platform, Tan said.

“In order to be sustainable, major grocers with physical stores in Malaysia need to invest more in online shopping platforms that are user-friendly with efficient delivery services.

“On the other hand, online grocers need to set up physical stores to serve their customers better, ” he said.

Tan’s overview of the grocery scene follows Village Grocer’s comments that the supermarket saw online sales moving from thousands of ringgit initially in April 2020 to about half a million ringgit per month by December 2020.

The company targets to grow its delivery business to between 5% and 10% of sales.

The last published annual sales for the group was about RM1bil, King said.

He said the pandemic compressed the group’s digital learning curve from three to less than a year.

It launched its online service in April 2020 instead of November 2020 as initially planned.

On why buying online was not so well-utilised compared to other e-commerce categories before the pandemic, King said, the issues were multi-faceted, involving temperate control, packaging and late deliveries among other issues.

The question is, going forward, will online sales be the lifestyle, Covid-19 or not, King asked.

There about 20 Village Grocer stores in the Klang Valley and Johor.

There are plans to expand into Penang later.

The Food Purveyor is jointly owned by private equity Navis Capital Partners and the family of entrepreneur Ong Kim Too.

Tesco Stores (Malaysia) Sdn Bhd said its network of 62 physical stores remain its bread and butter, although online sales have contributed considerably to its overall sales.

“We did see a spike in orders during the first movement control order (MCO) in March to June last year.

“This then leveled to its original standing pre-MCO 1.0, ” the statement said.

It did not see any considerable spike in online deliveries with MCO 2.0.

With 100 delivery trucks, Tesco said it remained the market leader even before Covid-19.

Tesco Online was launched in 2013. 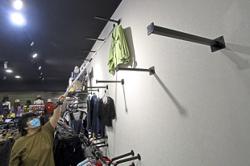