SPACs see Asia as next hunting ground for takeover targets

Known as blank-cheque companies, SPACs raise money from investors and then look to acquire another business, usually a private one. A record 248 SPACs debuted on US exchanges in 2020, raising nearly US$83bil, and at least 93 have already begun trading this year.

A raft of funds and financiers in the region is leveraging their deal-sourcing capabilities and understanding of US capital markets to jump on the bandwagon with special-purpose acquisition companies, or SPACs.

Among them are former Deutsche Bank AG and Lehman Brothers banker Joaquin Rodriguez Torres, who is now talking with more than a dozen companies in the region for his SPAC Poema Global Holdings LLC that just raised US$345mil.

“Funds that have expertise in both companies operating in Asia and how US capital markets work hold significant advantage.”

Known as blank-cheque companies, SPACs raise money from investors and then look to acquire another business, usually a private one.

A record 248 SPACs debuted on US exchanges in 2020, raising nearly US$83bil, and at least 93 have already begun trading this year.

With trillions of dollars in stimulus flooding into the global economy and investors betting on a sustained rally in capital markets this year, the flurry of SPACs that has listed is racing against time to identify targets they can acquire before their 24-month post-initial public offering expiration dates arrive.

“Based on their 24-month post-IPO expiration dates, these SPACs will need to acquire a target in 2021 or 2022, nearly equal to the total enterprise value of SPAC deal closures during the last decade, ” Goldman Sachs Group Inc strategists led by David Kostin wrote in a note Wednesday.

North America-based SPACs account for 85% of the global market, with Asia only 5%, according to data compiled by Bloomberg.

While the UK and Canada also allow SPACs, the United States has become the largest venue for such entities.

The old hands of Asian finance are trying to monetise their understanding of both the region’s companies – especially Chinese tech – and US capital markets.

About 300 SPACs are under pressure to de-SPAC – merge with their target companies – this year according to law firm Morrison & Foerster, or face the danger of being disbanded, given the 24-month time limit.

“A lot of these SPACs will be looking at Asia for de-SPACing opportunities.”

But anyone looking for targets could run into a supply and demand issue.

There aren’t that many quality potential companies to merge with compared with the amount of SPACs currently around, according to Sin, whose 2019 SPAC SC Health Corp raised US$150mil.

“Well-sought-after companies in Asia are so hot that they are holding ‘SPAC-offs, ’ the equivalent of a bake-offs, and the sponsors have to line up to do beauty shows, ” he said.

At the same time, interest from within the region is growing. 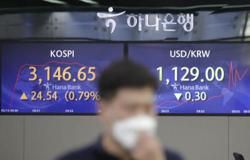