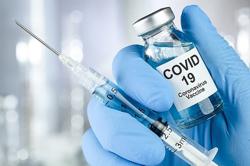 IT is just too much of a coincidence that two Malaysian healthcare companies announced agreements with China-based Sinovac Biotech Co Ltd to bring in vaccines to the country in a week.

A day before Pharmaniaga Bhd

announced a deal to supply 12 million doses of the Covid 19 vaccine, Bioalpha Holdings Bhd stated that it had secured a procurement and distribution agreement to supply the same vaccine in Malaysia. The significant difference between the two agreements are the quantity and the type of “end product” to be delivered to customers.

Pharmaniaga will deliver the Sinovac vaccine in the form of vials after undertaking the “fill and finish” process. It will deliver the vaccine through its existing network of government and private hospitals and clinics, which by the way is its core business. As for Bioalpha, it has secured an agreement to purchase up to one million doses on a “ready-to-administer” basis, which means that the vaccine is already filled into vials and ready for usage.

Bioalpha is latching on to Zuellig Pharma Sdn Bhd to facilitate the importation, warehousing and distribution of the vaccine. The company said Zuellig Pharma already has an extensive network of warehouses to distribute temperature-controlled vaccines. In addition, Bioalpha has teamed up with iHeal Medical Services Sdn Bhd, a company that operates a medical centre in Kuala Lumpur, to administer the vaccine to its recipients. Through its collaboration with iHeal Medical Services, Bioalpha is prepared to offer on-site vaccine administration, provide a certificate and post-vaccination consultation.

It seems obvious that Bioalpha is targeting companies that would need mass vaccination for its employees while Phamaniaga is looking at the general population which would reach out to existing hospitals and clinics for their dose. Both companies need to secure the approval of the National Pharmaceutical Regulatory Authority, which is not likely to be a problem. But which company is able to generate higher returns is left to be seen.

UNDER the current market conditions, one would think there is a drastic drop in corporate activity.

However, the market is quietly abuzz with takeovers. A big one may be transpiring in Boustead Holdings Bhd

, which yesterday said that its shares will be halted for trading in the coming week to make for a material corporate announcement. Its major shareholder Lembaga Tabung Angkatan Tentera (LTAT) had first announced its intention to take Boustead private in May last year.

There have been at least eight general offers to buy out listed companies since last year. Corporate mergers and acquisitions are very much alive. But in all of this, minority shareholders ought not to forget their rights in pressing for better values for their shares from the offerors. Consider the recent case of TA Enterprise Bhd

This week, Tiah said he is extending his offer period to March 5 from Jan 25. Clearly, Tiah has not got the acceptances he requires to privatise the company. Some minority shareholders must be holding out. On Dec 15 last year, Tiah announced he would acquire all the remaining shares in TAE at an offer price of 65.5 sen. But as at Jan 21, shares held by Tiah together with the valid acceptances totalled 2 billion shares or 80.33%.

Clearly some minority shareholders are holding out for a higher price and have all the right to do so. The independent adviser had pointed out that the takeover offer price of 65.5 sen constituted a discount of RM1.60 to RM1.61 or 71.11% to 71.24% to the estimated value of TAE shares, which are between RM2.25 and RM2.26 per share based on a sum-of-parts valuation. True, the adviser said that the offer, although unfair, is still reasonable and urged shareholders to accept it.

But there is nothing stopping astute investors from holding out for a higher price for their company.

A fight for fairness

IT was news like no other. The reverberations of the tug-of-war in GameSpot saga is a “David vs Goliath” battle between the small guys and the big players. Between ordinary everyday workers feeling left out by a system where, like it has been for a long time, the rich get richer. The stratospheric rise in GameSpot share’s made for captivating watching and reading.

There were allegations from both sides, with the small investors saying the system is trying to protect itself while the big established Wall Street firms are accusing the redditors of collusion. Somehow, the fault is in the very system itself. What regulators failed to notice what the small buys did was the overwhelming amount of short sellers that have taken a position against GameSpot shares, where some contend it was more than the outstanding share base of the company.

GameSpot was a declining company and the sharks smelled blood. The small guys decided to harpoon that rigged system by snapping up GameSpot shares to force the hedge funds into short covering, which will bankrupt them and at the same time buy shares at a much higher price than what the small guys had been accumulating and hence make a tidy profit for them. There should have been some sort of regulation on those short-selling positions and now that brokers are pulling the plug on trading it is not going to change the accusations of collusion and protectionism of the system.

The Global Financial Crisis has taught us that unfettered checks in the name of commercial interest and profit has consequences and checks and balances should have been initiated earlier. For the small investors, proving a point is good but there is a limit to making a point. The buying of shares of GameSpot would not change the fundamentals of the company unless they decide to start making purchases in store and not online like how the distribution channel of games have been increasingly been over the past years.

Eventually sanity will prevail and those shares will return to its fundamental value. It has been the case all over the world and all throughout time regardless of asset class. Bubbles don’t last. The Securities Commission yesterday advised Malaysian investors to be cautious of social media chatrooms that try to influence investors to buy or sell certain stocks based on speculation or rumours.

It said investors should also be wary of discussions in these social media chatrooms that may trigger securities breaches such as the provision of investment advice or stock recommendations without a licence. It points out that the market dynamics between the United States and Malaysia is different and that here, Regulated Short Selling (RSS) is only applicable to Approved Securities in the RSS list, which currently comprises 218 securities. Limits are also imposed to prevent excessive short-selling activities. Basically, it is saying be careful and there isn’t a chance of a GameSpot happening here. 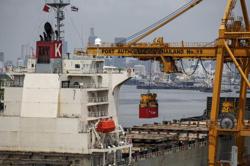