KUALA LUMPUR: A member of bursabets, a Reddit forum seen as a copycat of the controversial US-based "wallstreetbets", has called upon retail traders in a new post to help shore up the share prices of Malaysian glove manufacturers.

The member of the subreddit community with the moniker _Revenant_ said in a new posting today that it was inspired by the recent populist-driven rally in the shares of US-based GameStop.

The share price of the video game retailer rallied over 400% on the New York Stock Exchange on Wednesday as amateur stock traders bought up the share, defying large hedge funds that had held short-selling positions on the stock.

Now, bursabets aims to replicate this feat on Bursa Malaysia, alleging that trading in the local glove sector has been manipulated by large institutions, which have undervalued the stocks for their own profit.

"Our own people are terrified to invest into our highest performing industry because of constant manipulation.

, Kossan, Comfort and a few more other smaller glove producers are now all trading at a crominally low PE Of less than 15 despite earnings record-breaking profits because of the pandemic," said _Revenant_.

The post further alleged that the Malaysian markets are being dominated and suppressed by institutionalised money, while manipulating the media to collect shares at cheap prices and causing panic selling.

"JP Morgan has put a target price of 80USD cents per share on Top Glove, who earned half a billion USD in profit after tax in one quarter!" said _Revenant_ in its post.

Top Glove last traded at RM6.21 a share on Wednesday, up nearly 13% since the start of the year.

Comments on the bursabets post have since gathered steam, with members displaying an outpouring of support for glove stocks on the subreddit. 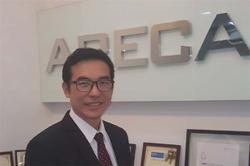 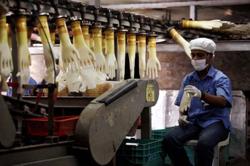