Day-to-day practices, be it for work or play, have changed with the work-from-home culture and social interactions via the Internet. The digital leap forced upon by the pandemic saw companies transform to remain relevant in the digital era.

PETALING JAYA: The telecommunications industry is central to the daily routines of the people largely due to the Covid-19 pandemic.

Day-to-day practices, be it for work or play, have changed with the work-from-home culture and social interactions via the Internet.

The digital leap forced upon by the pandemic saw companies transform to remain relevant in the digital era.

Small home businesses are depending on the Internet for survival, although it has opened up new opportunities for them.

“There is no sustainable future for businesses without digitisation.

“It is the new norm to leverage on technology to grow and reduce cost, ’’ said Frost and Sullivan country head June Liang.

As long as there are physical distancing constraints, consumers will continue to demand for goods and services to be delivered to them, and this augurs well for the sector, according to Liang.

Former Malaysian Communications and Multimedia Commission (MCMC) chairman Datuk Sharil Tarmizi said despite the challenging global outlook, the telecoms sector has cemented its position as the key component of the ecosystem of the future and the pandemic has shown the importance of reliable and affordable access to broadband.

“For Malaysia, it becomes more imperative that we streamline processes and remove existing roadblocks which are becoming a disincentive for further investments in the sector, ’’ Sharil said. He is also a corporate adviser and angel investor in various tech firms. 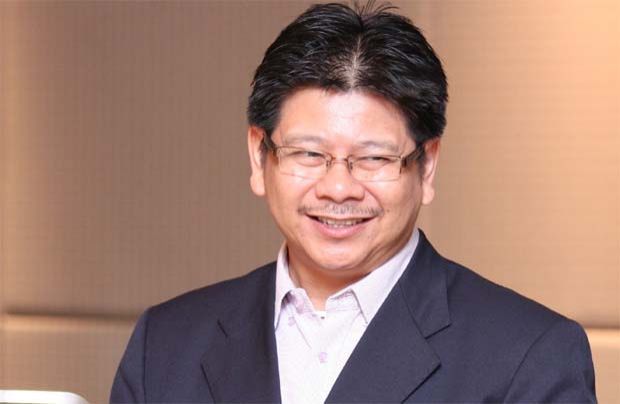 “With the continuous surge in data consumption and Internet traffic, we will see the sector continuing to push ahead with investments to ensure that networks are robust to manage this traffic and provide the best quality of experience possible, ’’ Maxis Bhd

Equally important is the need to bridge the digital gap in rural areas so that they can ride the digital transformation.

However, a major obstacle often cited by players in infrastructure rollout is delayed approvals at the state government agencies level.

The sector has recently been categorised as the third utility after electricity and water.

“It is hoped state government agencies will accelerate the approval processes. In doing so, they will be seen as proactive in helping their citizens connect digitally. This is vital for a progressive Malaysia, ’’ said an executive.

The RM21bil Jendela (National Digital Infrastructure) plan is supposed to speed up infrastructure rollout across the country.

This year, four key targets of the Jendela plan will have to be achieved, said MCMC chairman Dr Fadhlullah Suhaimi Abdul Malek.

“The net result of these Jendela 2021 targets (will) be to improve coverage and usage experience for consumers, ’’ he said.

“In addition, for rural areas, the upgrading of sites will continue and the rollout of new towers will begin in the second half of 2021. All new towers will be connected to fiber in addition to upgraded towers, ’’ said Fadhlullah.

Jendela forms the backbone towards digitalisation and the telecoms sector is setting the stage for education and e-commercial possibilities to thrive, he added.

Several tenders will be issued this year and that means more jobs for the radio and tower companies.

Apart from that, the MCMC needs to map up a spectrum allocation plan for 5G rollout this year. 5G services will not be available tomorrow but the groundwork needs to be in motion.

The 3.5G and 700MHz bands are among the bandwidth identified for 5G.

“With the action plan spelled out under Jendela and the widespread strengthening of digital infrastructure, MCMC is excited to highlight that Malaysia is primed for an accelerated 5G rollout before 2022, ’’ Fadhlullah said.

That is great news for the industry. An accelerated rollout plan will bode well for Malaysia versus its peers in Asean. But a lot still needs to be done this year to ensure 5G gets going eventually.

However, there seems to be other views as to the usage of the 700MHz band instead of solely for 5G.

Some industry executives believed that MCMC should allocate the 700MHz for rural connectivity rollout this year.

“They seem oblivious to the savings in Jendela phase one if 700MHz is used. The savings could be anything from RM1bil to RM2bil conservatively, ’’ claimed an industry executive.

The review process for the mandatory standard on access pricing (MSAP) for regulated access services will begin this year. This is reviewed every three years.

The outcome of the public inquiry paper on fixed number portability (FNP) will be known later this year. Perhaps, it is time to include broadband connections via fixed line as part of the FNP equation to give users a wider choice to switch providers.

Quality of service (QoS) will also come under greater scrutiny this year and MCMC should not let players off so easily for not delivering on their promises.

“We view the industry’s stagnant revenue trajectory will eventually drive the sector towards more merger and acquisition activities, ’’ the house said.

Most of the players are already in talks to collaborate for 5G network build-up.

Despite growing demand in data, Moody’s Investor Service expected mobile revenues to be flat as competition intensifies in 2021. It expected fixed line revenues to decline due to lower voice usage and more affordable pricing of broadband services.

Going forward, a report said telecom players need to rethink the role they want to play in society, communities and the ecosystem given the changing dynamics of the sector. They need to redefine their propositions in a more attractive way, and that could be a lucrative way going forward, it said.

Sharil said, the telcos, apart from accelerating investments in infrastructure to improve service coverage and quality, need to also focus possibly on complementary services. They should not try to do everything themselves but experiment and partner up with those who have domain expertise.

“For example, in our neighboring country, we see a telco going into financial services and becoming a digital bank. What do our players want to do? What about collaboration in the media sector, healthcare with health tech companies or are our telcos content to remain as telcos?’’ Sharil asked.