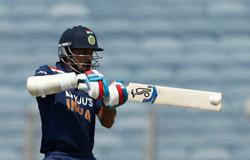 HONG KONG: Some 20km north of Sri Lanka’s Hambantota Port, an extension to the country’s Southern Expressway lifts off the ground for a special purpose – to let wild elephants cross the highway safely.

The “elephant corridor”, an eco-friendly design recommended by the Chinese contractor, is one of the many examples that show how Chinese companies spare no efforts to protect the environment and preserve local ecology when constructing projects under the Belt and Road Initiative (BRI).

The original plan for the extension project did not include a bridge. However, the realisation that the area was frequented by herds of elephants led the Chinese contractor to discuss eco-friendly alternatives with Sri Lanka’s Road Development Authority.

The two sides decided to design an elevated bridge, the underside of which would function as a corridor for travelling elephants.

“In order to reduce the impact of the project on local wildlife, we created the elephant passage, ” Yang Senyan, a representative from the contractor China Harbour Engineering Company (CHEC), told Xinhua.

Raising the road with viaducts inevitably increased costs, but the efforts paid off. It is now safer for wild elephants to traverse their habitat.

At present, a lucky driver or passenger may see some of Sri Lanka’s 7,500 wild elephants using this corridor to safely cross under the expressway.

As China has made an ambitious aim to have CO2 emissions peak before 2030 and achieve carbon neutrality before 2060, through the framework of the BRI, it is also cooperating with many countries to jointly tackle climate change via green development.

In Cambodia, the 400-megawatt Lower Sesan 2 Hydropower Station is the largest and the seventh one built by China in this South-East Asian country, and it gives a significant boost to the country’s energy supply.

When constructing the hydropower station, the Chinese contractor innovatively built a fishway in the dam to facilitate aquatic life to migrate up and down the stream.

According to the environmental impact assessment of the project, there are 34 kinds of long-distance migratory fish in the area.

In order to meet the needs of these migratory fish, the Chinese contractor company initiated the proposal to the Cambodian government to build the fishway.

For the 2,900-meter long fishway, the maximum water level difference between the upstream and downstream is 26.5 meters.

While the bottom width of the fishway is 4-5m, rest pools are set every 800m to better facilitate the fish to make their journey.

Now on the right bank of the dam, a clear stream flows through the woods. The nature-like fishway of the station significantly minimizes the impact of this energy project on the local ecological system.

The fishway is just like a natural river. “This is the way the fish came home, ” engineering manager of the project Nong Zuguan told Xinhua.

“Cambodia could be an example of how human development can go hand in hand with environmental sustainability, ” Nick Beresford, UNDP’s resident representative in Cambodia, said in a statement last week.

In the Vision and Actions on BRI announced in 2015, China has made it clear that for investment in infrastructure, efforts should be made to promote green and low-carbon infrastructure construction and operation management. — Xinhua