Stock markets across the region were broadly lower, with Malaysia leading declines, as several analysts pointed to investors locking in gains ahead of the holiday season in anticipation of thinner market liquidity.

BENGALURU: The won closed at a two-week low on Friday as more Covid-19 cases in South Korea sapped risk appetite, while profit-taking ahead of the holiday season put Malaysian shares on course for their first weekly loss in seven weeks.

Asian currencies were largely subdued in the afternoon trade as the dollar took a breather after plunging close to a 2-1/2-year lows this week.

The won weakened 0.6% against the dollar and was the sole regional currency set to register a weekly fall, as South Korea reported its second-highest daily tally for new coroanvirus cases.

The Singapore dollar slipped from two-year highs hit on Thursday, while the Thai baht leapt to a seven-year peak, hovering below the psychological 30 per dollar mark during the day.

Sentiment in Thailand improved as the country eased travel restrictions for tourists from over 50 countries. Investors also expect Thailand's inclusion on a U.S. currency watch list, that includes Taiwan and India, may temper the central bank's efforts to suppress an appreciation in the baht.

Equity and bond inflows in Asia have driven large shifts in currency markets, prompting some of the central banks of export-reliant Asian economies to intervene in markets or take some other steps to curb excessive strength.

"The U.S. Treasury report might just give central banks some pause for thought. If anything, that just means even stronger Asian currencies because they might think twice about aggressively intervening by buying dollars," said Mitul Kotecha, senior EM strategist at TD Securities.

"Thailand will have to find other ways to recycle capital flows to try and prevent the continued upward pressure on the baht, but I don't see it reversing quickly."

Stock markets across the region were broadly lower, with Malaysia leading declines, as several analysts pointed to investors locking in gains ahead of the holiday season in anticipation of thinner market liquidity. Indian shares eased from record highs, dragged down by weakness among banking stocks.

Thailand's 10-year government bond yields are down 4 basis points at 1.21%. 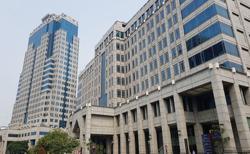 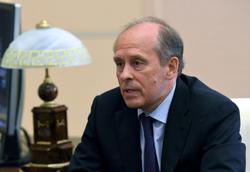