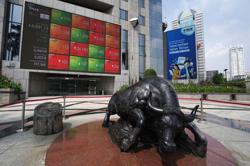 SINGAPORE (Reuters) - Indonesia's Tokopedia is lining up an initial public offering (IPO) worth at least US$1 billion next year, two people with knowledge of the matter said, in what could be the biggest overseas listing by a Southeast Asian start-up.

The country's biggest e-commerce firm is planning a dual listing in the United States and Indonesia for 2021, the sources told Reuters. One person said the firm could be valued at US$10 billion or more through the IPO plan.

The sources, who declined to be identified as they were not authorised to speak to media about the matter, said the listing is subject to market conditions.

The dual listing plan is designed to help the company, which operates a platform for online stores, tap deep-pocketed US investors with strong enthusiasm for tech-related stocks, while burnishing Tokopedia's credentials as a home-grown Indonesian champion, the sources said.

If successful, Tokopedia would be the second firm to have a US-Indonesian listing after state-backed PT Telekomunikasi Indonesia.

One of the sources said Tokopedia would use the funds from the listing to expand its business and help create liquidity for its shares.

Founded in 2009 and now the e-commerce leader in a country with a population of nearly 270 million, Tokopedia has previously raised more than US$2 billion in total from companies including global tech investment firm SoftBank Group Corp , Chinese e-commerce giant Alibaba Group Holding and Singapore state investor Temasek Holdings.

Asked to comment on the listing plans, Tokopedia referred Reuters to a statement issued earlier this week in which it said an indirect listing via a special purpose acquisition company was an option, but it had not decided yet on the market or the method.

Reuters had reported that Tokopedia received a merger approach from a blank-cheque acquisition firm backed by Asian tycoon Richard Li and Silicon Valley investor Peter Thiel, but the start-up had not decided on a deal.

But the firm is facing increasing competition from well-funded rivals such as internet company SEA Ltd's Shoppee, the biggest e-commerce platform in Southeast Asia, and Alibaba's own Lazada arm. 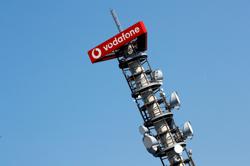