Among notable unicorns that have taken off from Malaysia are Grab, MyEG, iProperty and JobStreet.

PETALING JAYA: Malaysia is growing in its stature in becoming a key destination in Asean for being a successful breeding ground for startups which have grown in leaps and bounds.

Among notable unicorns that have taken off from Malaysia are Grab, MyEG, iProperty and JobStreet.

Indonesia-based AC Ventures Malaysia (ACV), which is one of the Venture Capital (VC) managers of the Dana Penjana Nasional programme (DPN), said Malaysia has the unique proposition of a market that encourages rapid deployment of new ideas and technology.

“Be it the availability of unique talent, industrial openness or developed infrastructure – Malaysia provides a fertile ground for fresh ideas to be tested and developed into wide-spread use, ” ACV said.

“This is particularly important in the earlier stages of a company’s lifecycle and one that we are very excited to be deeply involved in, ” ACV told StarBiz.

It pointed out that MyEG is a successful consumer to government model that has surpassed the US$1bil mark, iProperty was acquired for north of US$500mil and Jobstreet was acquired for RM1.7bil.

“Perhaps not widely viewed as a tech start-up, AirAsia has undoubtedly built one of the largest businesses regionally selling flights online and while not Malaysian by inception, Lazada built the bulk of its early business in Malaysia, ” ACV said.

ACV said Malaysia has a bedrock of talented founders and high-potential businesses, and because of this it is crucial for it to work closely with its Malaysian partners to realise these investments.

“While we may be able to study the Malaysian landscape and ecosystem from afar, the very best risk-managed investments require understanding multiple levels deeper that only our local partners would be able to reliably provide, ” ACV said.

Meanwhile, Emissary Capital Sdn Bhd/SB Kaikaku Fund said Singapore and Malaysia can play a key role for start-ups across Asean that would cater to the different stages or levels of the tech eco-system.

“Malaysia can build on its already good ranking in the private equity and venture capital index, and further bolster its role as a channel for funneling regional capital across South-East Asia, ” they told StarBiz.

They said that startup unicorns are rare but the incidence of unicorns in the region would increase at a significant rate as a result of wide adoption of the Internet, and expected acceleration of online spending.

“Grab is the first, but definitely not the last unicorn to be born in Malaysia. We believe we have already spotted potential ‘pegasus’ and ‘centaurs’ in Malaysia. “Success in regional scaling will determine if they can graduate to unicorn status, ” they said.

On the DPN partnership, they are looking at high calibre founders that can implement “proven” business models in other mature markets in the region.

“The businesses should be past proof of concept and in the growth stage. Emissary calls this ‘time-zone’ based investing. We are closely evaluating opportunities in healthcare/tech, fintech, e-commerce, digital content and digital platforms that have regional or global potential, ” they said.

They have also identified opportunities in the Malaysian eco-system, as well as in other parts of Asean.

Meanwhile, managing director of The Hive Southeast Asia, TM Ravi told StarBiz that the creation of DPN is a bold move.

“The programme will use the private sector’s drive, speed and agility coupled with the public sector’s influence and outreach to innovate and digitalise Malaysia into economic recovery and growth, ” Ravi said.

“Through this programme, the Finance Ministry has created a funnel funding ecosystem that will enable startups to flourish and move along the funding value chain,

“They will gain from the undoubted global network and expertise not only from The Hive in Silicon Valley, Brazil and India but the various partner funds within the DPN programmes including South Korea, Indonesia, Japan and China, ” Ravi said.

Partnering with Tuas Capital Partners and Sunway iLabs, it expected to co-create and invest in 10 companies within three years. 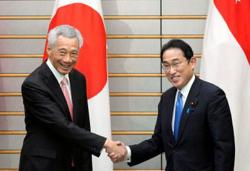