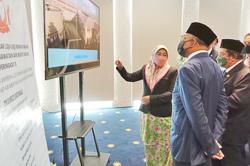 According to Sarawak Utilities Minister Datuk Dr Stephen Rundi Utom (pic), the RM18bil that the government targets to spend under the 12MP, which spans from 2021 to 2025, is to finance projects under four major water supply schemes.

KUCHING: Sarawak plans to invest a whopping RM18bil to roll out more water supply projects over the next five years under the 12th Malaysia Plan (12MP).

In addition, the state’s Utilities Ministry is looking to set up a new entity to consolidate the operation and management of water supply services, which are currently operated by different entities, for the whole of Sarawak.

According to Sarawak Utilities Minister Datuk Dr Stephen Rundi Utom (pic), the RM18bil that the government targets to spend under the 12MP, which spans from 2021 to 2025, is to finance projects under four major water supply schemes.

These are the Sarawak Water Supply Grid; Sarawak Alternative Rural Water Supply; the extension of water pipelines to communities which can be connected to the existing water supply network system; and the non-revenue water management programme.

These two major projects, with a combined capital expenditure of more than RM1.2bil, are expected to get off the grounds next year, said Rundi.

Upon completion and operation of these two projects, Rundi said water production capacity in the state capital would increase to 1,184 million litres daily (MLD).

Meanwhile, a raw water project in the Sri Aman division, estimated to cost RM145mil, is currently in the tender process.

Rundi said 55% of the 704 projects had been completed, while the remaining 45% of the projects are in various stages of implementation.

He said the government aimed to supply treated water to its entire population by 2025. At present, it is estimated that only 84.1% of the state’s population have access to treated water supply.

“Providing clean and treated water throughout Sarawak is a daunting task, as half of its population live in rural areas that are hilly, rugged and distant, ” he said.

Rundi said several water-stressed areas that were recently connected to the water grid supply system still experienced problems such as supply interruptions, low water pressure and pipe bursts, and the authorities are currently working at resolving them.

Rundi said Sarawak needed many more pipe fitters and mains layers, given the expected implementation of the many water supply projects and other building projects in the next five years.

He said to streamline the operation and management of water supply for the whole of Sarawak, his ministry planned to create a new entity. The ministry will adopt a similar model of Sarawak Energy Bhd, which is the single entity in the production and supply of electricity statewide.

Currently, the state’s water supply services comes under different entities such as Kuching Water Board, Sibu Water Board and state-owned Laku Management Sdn Bhd, which takes charge of the production and distribution of water in Miri, Bintulu and Limbang. 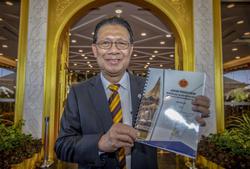 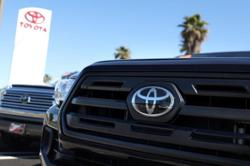