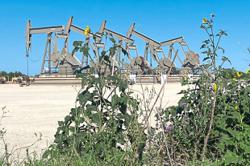 NEW YORK: Oil prices settled higher on Wednesday as Britain's approval of a COVID-19 vaccine boosted hopes for a demand recovery and on mounting expectations that producing countries will maintain output limits next year.

Traders were watching OPEC+, the Organization of the Petroleum Exporting Countries (OPEC), Russia and other allies, which postponed talks on 2021 output policy to Thursday from Tuesday, according to sources.

"Today’s strong advance appeared largely based on indications of progress at today’s OPEC meeting that could potentially clear the way for a rubber stamp at the OPEC+ talks that are still scheduled for tomorrow," said Jim Ritterbusch, president of Ritterbusch and Associates in Galena, Illinois.

This year, the group imposed production cuts of 7.7 million barrels per day (bpd) as the coronavirus pandemic hit fuel demand.

It had been widely expected to roll those reductions over into January-March 2021 amid new spikes in COVID-19 cases.

Earlier this week, the United Arab Emirates (UAE) said it would struggle to continue its deep output reductions into 2021.

On Wednesday, Britain became the first Western country to approve a COVID-19 vaccine, jumping ahead of the United States and the European Union in a possible return to normal life and recovery in oil demand.

"News of the UK vaccine approval is what the oil market needed more than anything else to get demand up...the rest is largely just noise," said John Kilduff, partner at Again Capital LLC in New York.

U.S. crude inventories fell by 679,000 barrels in the week to Nov. 27, according to data from the Energy Information Administration on Wednesday, defying the build the American Petroleum Institute reported on Tuesday.

U.S. oil production rose 100,000 barrels per day last week to its highest level since May, the EIA data showed. 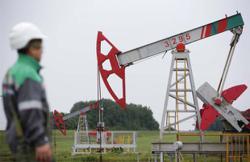