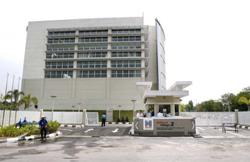 Speaking to StarBizWeek, Regal Orion chairman and owner Ryuichi Shimokawa declined to comment on the matter but pointed out that the company is looking to tap into Heitech Padu’s expertise for its data centre in Labu.

This week, it signed a memorandum of understanding (MoU) with Heitech Padu Bhd

In a filing with Bursa Malaysia, Heitech Padu said the MoU is “to explore all possible collaborations to unlock potential business synergies via their respective competitive advantages and enhance data centre-related activities in Malaysia.”

Recall that in August, it had been speculated that Regal Orion was exploring the possibility of injecting its data centre operations into another listed company, GPA Holdings Bhd

However, with Regal Orion’s recent MoU with Heitech Padu, sources say that a deal could be brewing between these two parties.

Speaking to StarBizWeek, Regal Orion chairman and owner Ryuichi Shimokawa declined to comment on the matter but pointed out that the company is looking to tap into Heitech Padu’s expertise for its data centre in Labu.

“Heitech Padu is operating a data centre in Shah Alam and they have the manpower skills that could synergise with our business, ” he says.

Shimokawa, a Japanese national, went into the data centre business in Malaysia back in 2018 after he acquired a data centre at Techpark@Enstek, Labu, for about RM66mil.

He says the infrastructure at the Labu data centre was almost 70% complete when he bought it. Shimokawa says that since buying into the asset, he has invested another RM35mil to build a gas power plant to support the data centre’s upcoming operations.

“For a data centre to have a tier-four standard, it would need backup power to ensure there is no outage, ” he adds.

Total investment in the data centre is expected to cost Regal Orion about RM1bil, with the first phase of the centre to commence in July 2022.

Shimokawa says there has been a delay in the construction of the data centre due to the Covid-19 pandemic.

“We are targeting to start the construction of the first phase of the data centre next month starting with 10MW.

“The investment will be coming from Japanese investors, ” Shimokawa says.

Overall, the data centre is expected to have 30MW capacity and that its main clients would be from Japan.

He says that there has been increasing demand for data centres in Malaysia, especially from clients in Japan. This is due to lower cost, skilled manpower and the fact that Malaysia is generally spared from severe natural disasters.

On revenue projections, Shimokawa expects the first phase of the data centre to generate about US$40mil (RM162mil) a year.

Japanese telecoms giant NTT also has a data centre in Malaysia. NTT’s facility in Cyberjaya was built in 2013 and is connected to the Asia Submarine-cable Express linking Malaysia, Japan, the Philippines, Hong Kong and Singapore.

Generally speaking, demand for data centres is being driven by the digitalisation of operations by companies, something that has been hastened by the onslaught of Covid-19. Cloud computing services, which is enjoying exponential growth, run on the back of data centres.

Data centres are typically made up of a large group of networked computer servers that provide remote storage, processing or distribution of large amount of data.

However, data centres require high capital expenditure for the cost of the servers and infrastructure, especially on the high-speed connectivity and cooling systems needed.

being the latest. Last month, G3 Global said it is planning to build the country’s largest data centre with a capacity of 100MW in Bukit Jalil.

The largest data centre owner in Malaysia is Telekom Malaysia via TM One, which has 12 data centres with a total data centre space of more than 180,000 sq ft, followed by players like Bridge Data Centres, NTT Malaysia, Strateq, AIMS (Time dotcom) and Keppel Corp.

It is worth noting that TIME Dotcom Bhd

has started to build a 50MW data centre in Cyberjaya via its subsidiary AIMS Data Centre.

Shimokawa says that Malaysia is gaining traction for data centre investments owing to the land shortage faced by Singapore.

He says Regal Orion has received several queries from other states such as Johor and Sabah to set up data centres there.

“Singapore is a leader in the data centre operation in the region but I believe Malaysia will catch up, ” he says.

According to Heitech Padu’s (pic below) recent annual report, the group has more than 16 years of experience in managed network and data centre services. 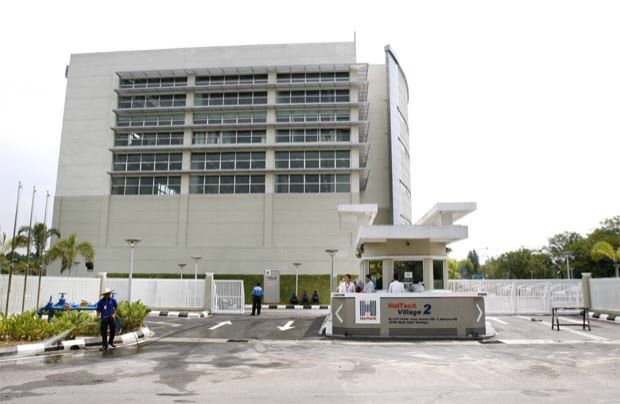 The bulk of its revenue at about RM304mil for the financial year 2019 was generated from ICT business that includes its data centre operations.

Yesterday, shares in Heitech Padu closed 12 sen lower to RM1.63 per share, which gives the company a market capitalisation of RM165mil.

The single largest shareholder of Heitech Padu is its president and executive deputy chairman Datuk Seri Mohd Hilmey Mohd Taib with a 24.6% stake.

Shimokawa does not rule out a corporate exercise between Regal Orion and Heitech Padu.

“We will announce if there is any development taking place. As for now, our focus is to tap into Heitech’s expertise in data centre operation in Malaysia, ” he says. 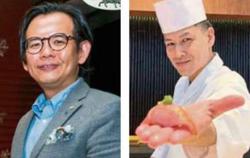 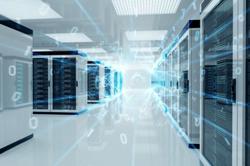