Hard predicting in the age of polarisation

After four years of shambolic chaos under Donald Trump, (left) when policy directions change with a tweet, many prayed for more predictability coming out of the White House. But president-elect Joe Biden (right) has a massive mess to clean up: a raging pandemic, and a stalled economy on top of very scary foreign policy options

THE United States elections are nearly over, maybe. The country is divided down the middle but we still do not know whether the loser will get out of his playpen and concede to the winner.

All we know is that the pollsters are wrong again. They predicted a landslide swing to the Democrats but it turned out to be a very tight race.

Polling is now risky business when voters will not tell you the truth about how they voted. After failing badly also in 2016, most pollsters are back to their drawing boards to figure out where they went wrong.

Basically, our mental models are cautious incrementally, but are not geared for big moves. After four years of shambolic chaos under Donald Trump, when policy directions change with a tweet, many prayed for more predictability coming out of the White House.

But president-elect Joe Biden has a massive mess to clean up: a raging pandemic, and a stalled economy on top of very scary foreign policy options. The International Health Metrics and Evaluation (IHME) model estimates that there would be 360,000 Covid-19 deaths by the time Trump leaves office on Jan 20,2021.

How would 2021 turn out? Most economic forecasts predict that next year would be a rebound, with a dip this year. This is known as the “hockey stick” J-curve. The market rallies on good news of effective vaccines. Experts cheer for a recovery next year, because no one likes to hear that it would be worse.

Science is all about explaining, predicting and acting on the evidence. In this age of anger and emotion, rational and science-based thinking works only half the time.

The mask issue shows that there is a large core of people who believe that masks infringe on their personal freedom. So, half voted with their brains and the other half with their guts. Predicting behaviour is no longer about rational expectations.

There are three basic ways to predict the future. One is to use probability statistics (based on past data) to project linearly into the future.

The second uses scenario building, with experts forecasting good, bad and middle outcomes that are “plausible”. The third is to use historical patterns to figure out how the past handled chaotic times.

Harvard scholar Graham Allison became famous by claiming that great powers like China and the US are more likely than not to go to war. This is the Thucydides Trap, drawing on the Greek historian Thucydides’ explanation of the Peloponnesian war (431-404 BC) between Athens and Sparta.

Prediction expert Philip Tetlock, author of Superforecasting, thinks that a superior method is to combine both the statistical models of projection and scenario building, so that in interpreting both, experts can “backcast”, working backwards from different scenarios to think through how different players would operate under different conditions.

Indeed, with Big Data and Artificial Intelligence, different scenarios can be simulated through agent-based models, where super-fast computers can crunch out possible moves by different players over time. More sophisticated models bring in psychologists to think through cognitive biases, emotional reactions and blindspots.

The most original and successful of these prediction models belongs to demographer Peter Turchin, who predicted in 2010 that in the 2020s, the US and Western Europe would run into a period of growing instability.

Turchin improved on historical narratives by building a multi-dimensional model that looked at past history of political instability but added quantitative data on demography, births, deaths, protests and crime.

The reasons for greater political instability are a complex mix of different factors, such as the interaction between the population and elites, the rise of inter-state rivalry, radical ideologies, terrorism, riots, revolution and civil war. Like earthquakes, pressure builds up and then breaks out.

These polarising factors are reaching explosion point. Globalisation has lifted millions out of poverty. But as rich countries’ middle classes have lost jobs and living standards, they feel betrayed by the elites, best expressed as the widening gap between Wall Street and Main Street.

Economists are part of that elite. Most economists are in favour of free trade and globalisation. But Main Street has felt that these policies hurt their jobs and incomes, leaving them vulnerable, unwanted, and emotionally hurt.

Liberal democracy promised an equal and free future, but more and more people despair that their livelihood and prospects are getting worse. The rich elites are deaf and in denial.

Elite arrogance showed in 2016 when Hilary Clinton referred to Trump supporters as “deplorables”. These people voted solidly behind Trump and even though he lost, his right-wing views on immigration, protectionism, abortion, guns, and law and order resonate with 47% of the voters.

Turchin’s sophisticated model confirms what many already sense, that the US and Europe will be plagued by social and political instability for years to come. The pandemic only turbocharged social differences in views on race, religion, gender and ideologies.

Biden has promised that his mission is to heal. But it has become clear that the Republican Party is dead set on blocking his success in order to take back the White House in 2022.

With such entrenched mindsets to break rather than bind, the odds are not good for healing everywhere. But heal they must.

Brace for more volatility, violence and conflicts in the months to come. 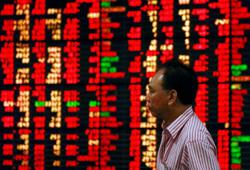