The airline benefited from a rally in the stock market that was driven by hopes for a swift global economic recovery from the COVID-19 pandemic on vaccine-related developments.

TOKYO: Japan Airlines Co Ltd said on Wednesday it raised a more-than-expected $1.8 billion in a share sale which was aimed at strengthening its finances amid the coronavirus pandemic.

The airline benefited from a rally in the stock market that was driven by hopes for a swift global economic recovery from the COVID-19 pandemic on vaccine-related developments.

Japan Airline shares have risen 7% since the share sale was announced on Nov. 6. The shares plunged the day after the announcement on concern about dilution.

"We have issued new shares that are equivalent to 30% of the existing shares. We will have to generate profits that would offset the dilution," said Yuichiro Kito, general manager for finance at an online media briefing.

Airlines around the globe are struggling to ride out a pandemic that has cast a dark shadow across the global travel industry. Although Japan hasn't been hit as hard as the United States and Europe, its travel industry is suffering.

The company priced the shares at 1,916 yen, 3% lower than the close of Wednesday, giving investors the smallest discount of the range between 3% and 6%.

The airline raised 183 billion yen ($1.8 billion), compared with 168 billion yen it had planned to raise earlier this month. - Reuters 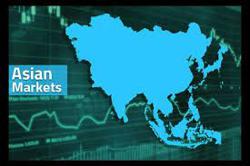