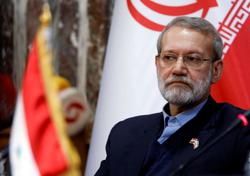 China’s response to the G20 debt relief plan would help the poorest countries redirect resources from servicing debt to mitigating the severe impact of the Covid-19 pandemic, experts told China Daily after a virtual meeting of G20 finance ministers and central bank governors held on Friday.

Participants finalised documents of the plan – the Common Framework for Debt Treatments beyond the Debt Service Suspension Initiative. The initiative focused on providing lower income countries a moratorium on bilateral government loan repayments, under which 73 eligible countries can apply to G20 governments and their policy banks to postpone debt repayments.

Liu said that China, for the first time, is participating in a multilateral debt coordination process – the G20 Debt Service Suspension Initiative and the upcoming debt treatments procedure – under a common framework, according to a statement posted on the Ministry of Finance website after the meeting.

Chinese official bilateral creditors have fully implemented applications of debt relief required by the G20 initiative, Liu said after he participated in the meeting with other G20 finance ministers and central bank governors.

As a commercial lender, China Development Bank has “proactively responded to and participated in the debt relief initiative following self-determined and market-oriented principles”, he added.

China is a country that has provided the largest amount of debt relief for implementation among G20 members, making significant contributions to help low-income countries tackling Covid-19 challenges and dealing with debt vulnerabilities, Liu said.

Surging global debt is an increasing risk in the financial system. To mitigate the impact of the Covid-19 pandemic, major economies launched extraordinary fiscal and monetary policies, resulting in a historically high level of debt among these economies, he said. — China Daily/ANN